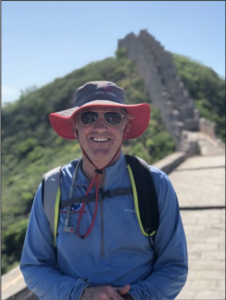 Under his leadership, Global Football Inc created and managed the NFL Global Junior Championship at Super Bowls from 1997 to 2007, the Aztec Bowl in Mexico from 1997 to 2007 and the Tazon de Estrellas since 2009. Global Football staged the first-ever game of American football to be played between two college teams on the African continent when Tanzania hosted the Global Kilimanjaro Bowl in 2011. The Global Ireland Football Tournament 2012 attracted more than 12,000 spectators to three venues in and around Dublin as 12 high school and college teams from the United States and Canada traveled with Global Football to the Emerald Isle. Through this event the world’s largest amateur athletic association, the GAA (Gaelic Athletic Association) has asked Steenberge to assist with efforts for the 2014 Croke Park Classic, featuring Penn State and U Central Florida. 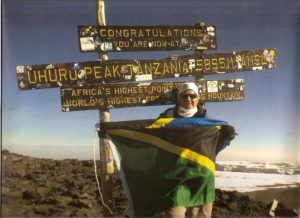 Steenberge has also orchestrated football tours to 28 different nations, plus America, on 6 continents involving more than 15,000 travelers, including the only NCAA D1 football team to play in China, in 2018. He partnered with JAFA to create and produce the Notre Dame Japan Bowl, with the ND Legends team led by head coach Lou Holtz. In 2003 he introduced the Notre Dame Football Fantasy camp, providing dreamers with the chance to live their fantasy of actually playing football at Notre Dame. A similar fantasy camp was established at Penn State in 2006. Patrick also helped coordinate the Notre Dame Alumni Football Team Tour and Game in Hamburg, Germany in July 2000.

He is a noted public speaker, most recently representing the American Football Coaches Association to the group’s largest sponsor, Amway. Uniquely, he is equally adept at providing these high-energy presentations in Spanish as well as English.