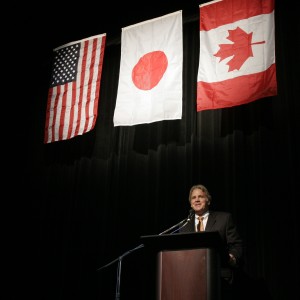 The NFL Global Junior Championship evolved from being a single game first played to showcase the talents of young American football players from Europe and Mexico in 1997 to become an exciting six-nation tournament and an integral part of the Super Bowl celebrations. 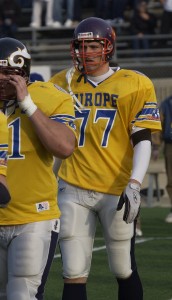 • German offensive lineman Sebastian Vollmer (right) is a regular starter for the New England Patriots, having been scouted by the University of Houston while playing in the GJC.
• Panama offensive lineman Frank Davis started three games for Detroit Lions in 2006 as an undrafted free agent following a successful career at the University of South Florida.
• German defensive end Constantin Ritzmann spent time on the practice squads of the Buffalo Bills and Atlanta Falcons and started at Tennessee.
• English wide receiver Marvin Allen won a Super Bowl ring as a member of the Pittsburgh Steelers practice squad and played three successful seasons in NFL Europe.

Several Team USA quarterbacks have excelled within the college ranks, the most notable being Riley Skinner (Jacksonville 2005), who in 2006 led Wake Forest to the Orange Bowl and an 11-3 record as a freshman. Brian Johnson (Houston 2004 / Utah), Richard Kovalcheck (San Diego 2003 / Arizona and Vanderbilt), and Jay Davis (Tampa Bay 2001 / NC State) are all graduates of the GJC. More than 40 Canadians have also progressed to both college football and the CFL. 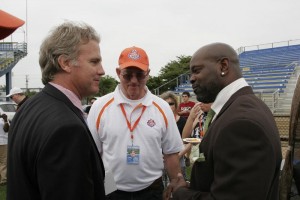 The adventure began at Super Bowl XXXI in New Orleans in 1997 when a quick and well-disciplined team of college freshmen and high school seniors representing Mexico proved too strong for a young Europe team and triumphed 30-6. In San Diego in 1998 in front of 9,000 fans, a 50-yard Europe field goal attempt fell short and Mexico was again victorious by a 13-12 margin.

Team Europe won the championship at the third attempt at Lockhart Stadium in Fort Lauderdale prior to Super Bowl XXXIII in 1999. Europe eliminated Mexico’s ability to make the big play and roared to a 29-8 win. German Constantin Ritzmann starred in the same week that same week he signed a national letter of intent with defending national college champion Tennessee.

In Atlanta in 2000 an expanded four-team tournament saw Europe beat Panama 20-0 in the semi finals, while Canada edged hosts USA 9-3. In a Championship Game played in below freezing temperatures fans lit fires on the sidelines to fend off the cold as Canada secured a slim 7-6 victory. In the bronze medal game USA romped to a 38-0 win. Many Super Bowl activities fell victim to the ice storm, but not the NFL Global Junior Championship. 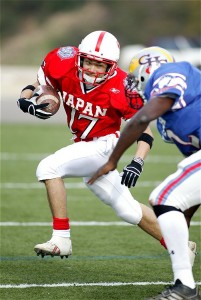 Tampa Bay, Florida, was the setting for the 2001 NFL Global Junior Championship V. The host USA team took advantage of early mistakes by Europe and stormed to a 49-5 semi final victory. Waiting for them to set up an all-North America final was Canada, 27-8 victors over Japan. The bronze medal went to the speedy Japanese whose three interceptions including one returned 85 yards for a touchdown defeated Europe 14-7. In the final and trailing 21-19, the Canadians tried to snatch victory at the death. Only a sack and finally an interception with 24 seconds remaining kept the USA defense on top to ensure a host nation triumphed for the first time.

Defending its title in 2002, the USA swept aside Europe 39-6 in the semi final as all stars from the greater New Orleans area high schools made their mark. Canada was determined to avenge its narrow loss of a year earlier and breezed into the final with a 54-12 destruction of Japan. Europe claimed the bronze medal, winning 27-16 against Japan.

The Championship Game was again a close contest. With defenses on top the USA led 16-8 until Canada’s Mike Faulds threw a Hail Mary touchdown as time expired to pull within two points. The two-point conversion attempt sailed agonizingly through the hands of a wide receiver and USA held on for victory. The Team USA roster that represented the New Orleans area featured four players who went on to Louisiana State University to play for banquet speaker Nick Saban, in defensive backs Vernon Russell and Troy Hankton, offensive lineman Garrett Wibel and running back Jason Spadoni. 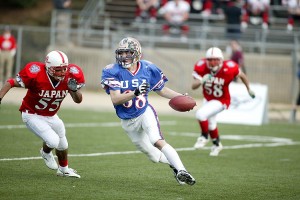 In San Diego in 2003 a record five teams competed as Mexico made a welcome return and outlasted Europe and beat Japan to finish third overall. Following a jamboree shootout round, Europe shut out Japan in the medal rounds to claim fourth place and place their opponents fifth. The Championship Game proved to be another thrilling encounter between USA and Canada. USA recovered from a 21-7 deficit in a dramatic fourth quarter to force overtime. Arizona-bound quarterback Richard Kovalcheck underlined his credentials and broke Canadian hearts with a second touchdown pass to Johnny Principato, who had also caught the game-tying score.

Texas state champion head coach Mike Johnston of Katy High School took charge of Team USA in 2004. Although the Houston-Harris County all stars lost to Canada in the first round stages, they recovered to retain the NFL GJC crown with a 31-point shutout of their rivals from north of the border in the Championship Game. Mexico claimed third place from a spirited Japanese team, while the tournament welcomed a new competitor in Russia, as the European Junior champions replaced the Team Europe all-stars. 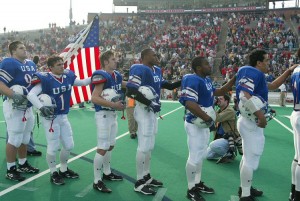 The 2005 tournament in Jacksonville, FL, saw Canada finally overcome USA in a thrilling championship game, outlasting the home team 38-35 at a packed Bolles School Stadium. Canada had also triumphed over the USA in the round robin stage and celebrated head coach Danny Maciocia’s appointment as the new head coach of the Edmonton Eskimos of the CFL. Canada saw leads of 14-0 and 31-14 chipped away before a touchdown by MVP Jerome Messam, who rushed for an incredible 308 yards, sealed a close victory. Mexico claimed third place for the third year running with a 42-point shutout of European Champion France and a 21-14 victory over Japan. The spirited Japanese team took fourth spot by beating France 21-13. 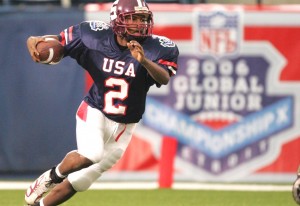 The 2006 tournament was played indoors for the first time in the event’s ten-year history at the Pontiac Silverdome in Michigan. Canada was in no mood to relinquish its title and swept convincingly through the first round without conceding a point. Team USA, under the leadership of three-time Ohio state champion coach Dick Cromwell, stole into the championship game with a field goal as time expired to defeat Mexico. Japan took the bronze medal with a thrilling victory over Mexico as a gutsy call to go for a two-point conversion edged a close contest 8-7. In the Championship Game Canada’s defense again held for a 10-0 win. 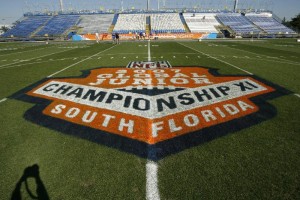 A return to Lockhart Stadium in Fort Lauderdale in 2007 saw the GJC increase in numbers, welcoming a sixth team as Panama made a welcome return. Canada lifted its third straight championship with a 23-13 victory over a USA team featuring players from Miami-Dade and Broward counties. Quarterback Bruno Prud’Homme ran and threw for a touchdown as new Canada head coach Glen Constantin announced his reign with a victory. Mexico reclaimed third place with a 25-17 comeback win over Japan, Panama finished fifth overall by outlasting France 14-6. The tournament welcomed some famous names among its onlookers as former Dallas Cowboys all-pro running back Emmitt Smith and NFL Defensive Player of the Year Jason Taylor took in the action.