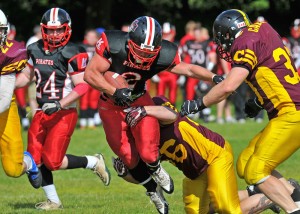 May is here and the 20-year Global Football tradition providing NCAA D-III American football teams with an unrivaled opportunity to travel to Europe kicks into high gear.

Three colleges have again trusted Global Football to enlighten their student-athletes through educational sightseeing tours and a chance to face European opposition on the gridiron, choosing to head overseas with the industry leader in providing such opportunities to travel and play the game they love.

Central College (Iowa) heads to Europe for a fourth time with Global Football, taking in Greece and Italy, while Ireland and Scotland-bound Hanover College (Indiana) and Luther College, who will visit Denmark and Norway (Iowa), each travel for a second time. The teams will face top opposition from the club and national team levels.

For Global Football, visiting Scotland and Norway chalks up the 22nd and 23rd countries visited while providing amateur football players, coaches, families and fans the opportunity to travel and compete internationally with similar people of differing cultures since 1996.

“This is my favorite time of the year as I get to share some of the world’s most impressive lands and cultures with inquisitive student athletes,” said Global Football President Patrick Steenberge. “While football is the thing that binds them together as a team, our larger goal is to help build responsible Global Citizens. The colleges and coaches are to be commended for having the vision to provide this opportunity for these young men.”

Hanover College to Ireland and Scotland, May 11-19:

Students traveling from Hanover College to visit Ireland and Scotland next week can earn college course credits and have already begun classes relevant to their overseas visit, learning about those nations’ history, politics, development and sporting interests. The course will combine lecture, discussion, and travel experience, including the cross-cultural football game in Scotland.

The Hanover Panthers will take on Scotland’s top American football team the East Kilbride Pirates on Saturday, May 16, at Hamilton Rugby Club on the outskirts of Glasgow.

Last season the Pirates posted an unbeaten 10-0 record during the regular season and reached the semi finals of the playoffs under head coach Ross Templeton. Having suffered a narrow 31-28 loss to open the 2015 British American Football season, the Pirates rebounded with a 63-2 victory over the Yorkshire Rams.

Central College to Greece and Italy, May 18-26:

Central College Dutch, who finished with an 8-2 record in 2014 under head coach Jeff McMartin, have previously visited Italy (2011 and 2007) and Switzerland and Germany (2004) with Global Football, capitalizing on NCAA rules that allow Division III schools to travel overseas to play every three years. They will face the Roma Grizzlies on Sunday, May 24.

Roma returned to the top level of the Italian Football League in 2015 in the south division under head coach Claudio Faccini, having won the second division title two years running. They have opened the 2015 campaign with a 2-5 start.

Luther College to Denmark and Norway, May 26-June 3: 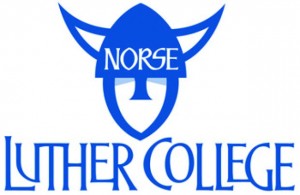 Luther College will play a part in Norwegian American football history as they meet a Norway national team stepping back onto the gridiron as an organized team for the first time in 2007, following a period of rebuilding.

The Norse will also assist player development in neighboring Denmark as they practice with some of the country’s top young players under the guise of Lars Carlsen, the head coach of national teams at the Danks Amerikansk Fodbold Forbund (Danish American Football Federation).

Daily updates from three weeks of Global Football adventures in Europe will be posted at www.Facebook.com/GlobalFootballLTD and on Twitter @GlobalSportsGuy along with live updates from each game played between the American colleges and their European hosts.