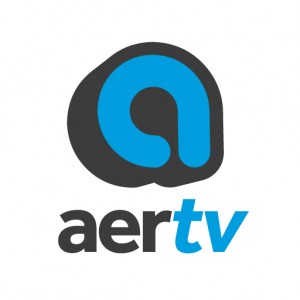 Wherever they are in the world, American football fans will be able to watch a live webcast of the Global Ireland Football Tournament (GIFT) 2014 game between Pennsylvania high schools rivals Cedar Cliff and Penn Manor.

The GIFT 2014 spectacular will be streamed live from the UCD Bowl at University College Dublin by Aertv on Friday, August 29, from 1.45pm US EST / 6.45pm local Irish Daylight Savings Time.

The game kicks off at 2pm EST / 7pm DST. The clash between the Colts and Comets will be streamed live on Aertv Sportslive (sportslive.aertv.ie) for a subscription of $10 and viewers can sign up in advance of the game kickoff.

“We are pleased to be able to make the GIFT game available to viewers around the world, and particularly to fans in Pennsylvania and the United States eager to see this repeat of last season’s fantastic PIAA playoff match up,” said Global Football President Patrick Steenberge.

“We anticipate many Irish American football fans and those traveling from the U.S. for the following day’s Croke Park Classic, to come to the UCD Bowl to see the game in person. But for those who were unable to cross the Atlantic, Aertv will allow them to catch all the action online.”

Leading the way for live online television in Ireland, the Aertv team delivers a seamless live event, and has years of experience working in TV and has produced more than 600 live events for high-profile clients including Microsoft, McDonalds, Jameson, Paramount Pictures, Fáilte Ireland, Aviva and Vodafone, in addition to working with 30 Irish sporting organizations.

GIFT 2014 is sanctioned by the Pennsylvania Interscholastic Athletic Association (PIAA), USA Football and the International Federation of American Football (IFAF) and is a partner event of the Croke Park Classic. The Cedar Cliff Colts, from Harrisburg and Penn Manor Comets from Lancaster last met in the first round of the 2013 PIAA playoffs, when Penn Manor rallied from 21 points down to narrowly win 35-34.

GIFT 2014 tickets for are now on sale at Ireland’s TicketGroup website www.TicketGroup.ie, priced €10 for adults and €5 for students.

About Aertv:
Aertv is Ireland’s No.1 streaming service. Aertv is disrupting the TV landscape across Ireland by embracing mobile and video technology to distribute live content to a growing smart economy that consumes the majority of their TV content online.