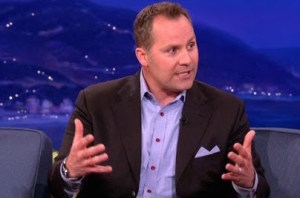 Denver will join lacrosse players and coaches traveling from the United States to Ireland from June 30 to July 8 on the sideline as they face teams from Ireland and further afield. Organizers Global Football, who have specialized in giving student-athletes an opportunity to travel overseas since 1996, still have places available for teams and individual players wishing to participate in the tournament being hosted by Ireland Lacrosse.

“This promises to be a fabulous tour and international lacrosse competition over the Fourth of July holiday, and it is a true honor to have Rorke Denver represent the visiting players from the United States,” said Global Football President Patrick Steenberge. “If players and coaches have ever wanted to learn from and hang out with a true champion who represented his university and then our country with pride and distinction, they will have that chance by joining us for the Celtic Lacrosse Open.”

Coaches wishing to register their teams for the Celtic Lacrosse Open and players interested in joining one of the existing Team Stars & Stripes select teams traveling to Ireland should contact Patrick Steenberge of Global Football to register, ideally before April 1: Tel: 817-219-7274 / Email: Patrick@GlobalFootball.com.

Denver was a captain of a Syracuse varsity team that captured two National Championships and earlier this year was the keynote speaker at the U.S. Lacrosse Convention in Baltimore.

He has run every phase of training for the U.S. Navy SEALs and led special-forces missions in the Middle East, Africa, Latin America and other international hot spots. He starred in the hit film Act of Valor, which is based on true SEAL adventures. His New York Times bestseller, Damn Few: Making the Modern SEAL Warrior, takes readers inside his personal story and the fascinating, demanding SEAL training program he oversaw.

Along with the U19 lacrosse tournament spanning three days of games in Limerick, once in Ireland the travelers will enjoy tours of Galway, Croke Park Stadium, the Guinness Store House, The Burren, the Cliffs of Moher, and experience the nation’s traditional Gaelic games at the University of Dublin. They will visit Dublin, Galway and Limerick, where they will be part of the city’s Fourth of July celebrations.