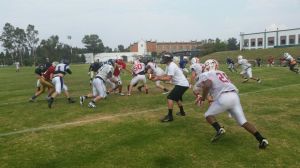 The sixth annual Tazón de Estrellas (Bowl of the Stars) will be broadcast live from Puebla at 2pm EDT (1pm local time) on Saturday, December 20 via a webcast. This is the 17th annual post-season game organized in Mexico by Global Football exclusively for Division III players.

The webcast will be available with Spanish language commentary at the website http://www.tvudlap.mx/.

The Team Stars & Stripes coaching staff and players arrived in Puebla during the weekend and on Monday began two-a-day practices. During a seven-day visit, the squad will have an opportunity to explore the local region and experience a different culture. The visit will also feature a community service project to be coordinated by Tec de Monterrey Puebla on Thursday afternoon, following a team practice at Tec. 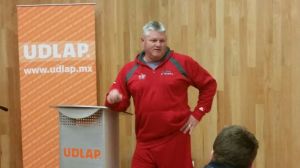 Central College defensive coordinator Don DeWaard is the head coach of Team Stars & Stripes having led the Americans to a 32-15 victory in Guadalajara and a 29-7 win in Monterrey in 2013. American Eric Fisher, who won the 2010 CONADEIP championship with UDLAP and led the hosts to a 45-27 win over Team Stars & Stripes in 2011, returns to coach the Mexican all-stars.