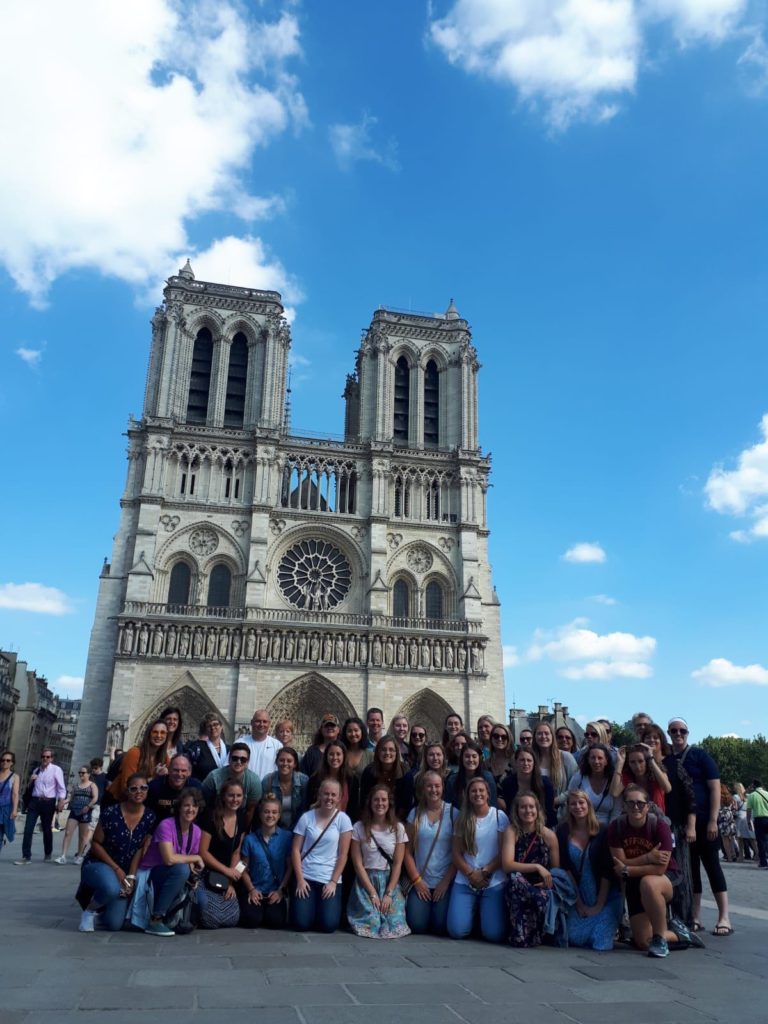 That was one of the reasons Siena Heights University head coach Scott Oliver chose to take his women’s soccer squad from Michigan to England, France, Belgium and the Netherlands in July. The Saints headed overseas for a third time with Global Football, with sightseeing, a coaching clinic, a match against top Dutch side Den Haag and soaking up the World Cup atmosphere all part of the itinerary.

“We loved the experience of playing in a 15,000 seat stadium against a very, very good team,” said Coach Oliver, who was upbeat despite the experienced Dutch team winning 9-0.  “I think our girls will forever remember this day and what it feels and looks like to be at the professional level.”

Global Football President Patrick Steenberge said of the visit: “While we have featured primarily ‘American football’ tours during the past 23 years, we are excited to also work with other sports teams and coaches.  It is a pleasure to work closely again with Coach Oliver and his team.”

The SHU soccer travelers kicked off their overseas adventure in London with a walking tour, a spectacular view of the capital from the London Eye and a cruise on the River Thames. Then it was off to Paris via the Eurostar, an experience that for most Europeans is little more than a means of travel but holds an appeal for Oliver and his team.

“In Europe they rely on trains or the tube for everyday travel and I wanted to make sure we experienced that,” said Oliver. “We have nothing along those lines in Michigan. The traveling time is only three hours between these places whereas in our area you’re three hours from Cleveland and Cincinnati. 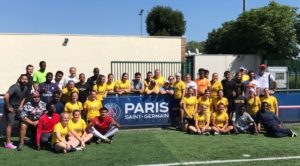 The Paris stop featured tours of the Palace of Versailles, Notre Dame, the Louvre and the Eiffel Tower. The Saints practiced at the training complex of the famed Paris St Germain club, where they got to meet some of the club’s famous players, and hosted a clinic for soccer-enthusiasts among refugees from Afghan, Syria, and Iraq.

A brief stop-off in Belgium was followed by a train ride to the Netherlands and a chance to enjoy the miles of canals of Amsterdam and a visit to the poignant Anne Frank House. The Saints played their match against ADO den Haag before returning Stateside.