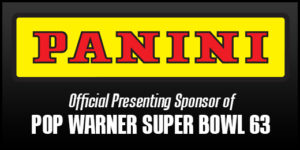 Global Football will celebrate ten years of bringing international teams to the Pop Warner Super Bowl when the 63rd annual event is played at the ESPN Wide World of Sports™ from December 7 to 14.

Multiple teams from youngsters aged between 9 and 14-years-old from Canada, Mexico and Panama will arrive in Orlando, Florida, on Saturday to kick off a spectacular week immersed in the sport they love.

The American Football fanatics will visit the Disney Theme Parks, attend a Pop Warner Celebration Party at Animal Kingdom on Tuesday night, and take part in an exclusive International Speed Clinic under the guidance of Coach Lo Wood on Friday at 11am. Wood’s Excel Speed Training organization in central Florida has helped athletes to improve their technique since 2008, including Chicago Bears safety Ha Ha Clinton Dix. Wood was recommended by longtime Global Football associate Dwight Thomas, who was the high school coach of Hall of Fame NFL-star Emmitt Smith.

“When Pop Warner Executive Director Jon Butler and I first met back in early 2010 and discussed the idea of creating and building a Pop Warner International Super Bowl we never imagined the idea would still be as popular a decade later,” said Global Football Founder and President Patrick Steenberge. “We are delighted to see a Canadian team return this year, alongside our regular visitors from Mexico and Panama.”

The four Varsity-aged teams Canada, Mexico Oriente, MX Football and Mexico QRO are all returning participants and will compete in an international bracket on Monday, Thursday and Saturday next week, December 9, 12 and 14. Oriente and QRO will face American opposition when they line up against Pine Hills Trojans and Pal Bay Rockets from Mid Florida Pop Warner on December 14. The Panama Sharks Junior Varsity team from the Kiwanis Club of Panama will match up against American opposition Oviedo Lions on December 12 and East Manatee Bulldogs on December 14.