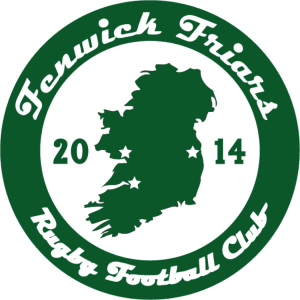 A similar shaped ball, a different sport.  Having exported American football to 21 countries on six continents since 1996, Global Football is taking American rugby overseas in 2014.

Global Football will produce its first rugby tour as from March 21-30 the Fenwick High School Friars from Oak Park, Illinois, takes its team that reached the 2013 Illinois state championship over to Ireland to play three games against local school team opposition.

The founders of the Chicago Catholic Rugby Conference, who were unbeaten last season until losing in the season finale, will face teams in Dublin, Limerick and Galway.  The developmental tour to aid the Friars in further establishing the sport at their school will include participating in coaching clinics, led by top Irish instructors in each of the cities visited.

“I always enjoy traveling to Ireland with teams, and now to be able to go there with a high school rugby team will be very special,” noted Global Football President Patrick Steenberge.  “It has been fun organizing this tour with my old buddy, Don McDermott, as he is so experienced in the sport and has wonderfully supportive families from Fenwick.  He and I started talking about this idea when we were both in Ireland for the Notre Dame-Navy game and Global Ireland Football Tournament – GIFT 2012.  Who knows where this initial rugby tour will take us in the future.”

The catalyst for this trip, who will be leading the Friars is Don McDermott, who was a University of Notre Dame football teammate of Patrick Steenberge before moving over to play rugby for the Fighting Irish.  He has been involved in rugby ever since on the local, state and national levels, serving at one point as the USA rugby state director for Utah.

“Working with the Fenwick rugby program really is a labor of love for me and to have an international tour, with 20 students coming over to explore Ireland and how the game is played there, will be a special experience,” said McDermott.  “Then we want our opponents to come over to the U.S. and stay with our families and play rugby with us.  We are hoping these tours and the relationships and friendships we make will go on for a long time.

“We will be bringing over a relatively inexperienced group of players and are really looking to the teams we are playing to help us absorb as much as we can to develop our rugby program.  The freezing weather here in Chicago means we will not have scrimmaged outdoors, so this will be our preseason.”

McDermott, who is the Senior Director of rugby operations at Fenwick High School, will serve as head coach for the traveling group.  Billy Dunlap will coach the forwards and Bill Mahon, the president of the Fenwick Friars parents club and the founder of the rugby program, will coach the backs.  Mahon’s son Liam will be among the players heading to Ireland, while another son Sean now plays rugby at Penn State University, having been the nucleus of the original Fenwick team.

The team has raised money by hosting a banquet and selling memorabilia donated by former Notre Dame American football star Johnny Lattner, who won the 1953 Heisman Trophy, awarded annually to the most outstanding college football player in the United States.  Lattner’s grandson Ryan Smith is a member of the Fenwick Friars rugby team and the tight end has committed to play football at Miami (Ohio) University.

“He is probably the biggest guy on our team, playing number 8, who has a scholarship to play football,” said McDermott of Smith.  “We have permission for him to play because his coach says rugby improves his foot work, tackling and aggressiveness.”

During an action-packed visit, the traveling group will enjoy a tour of the Aviva Stadium, attend an AIL Rugby 1A League Match, tour the Guinness Storehouse as well as Trinity College & Book of Kells, visit University College Dublin (UCD) and explore Dublin City Centre.

After they leave the capital, the Friars will go on a walking Tour of Galway City, visit the spectacular Cliffs of Moher, and go to Bunratty Village, Bunratty Castle and Folk Park.  The sightseeing concludes with a panoramic tour of Limerick showing Thomond Park, King John’s Castle, St. Mary’s Cathedral, finishing at the University of Limerick, a demo of how to play game of Hurling at the University of Limerick, Mass at St. Patrick’s Church, Co Meath, and a Trim Castle Tour.