Global Football will return to Ireland next year, but will champion a different sport as teams participate in the three-day 2015 Celtic Lacrosse Open at the University of Limerick with the finals being played on the Fourth of July.

Global Football has partnered with Ireland Lacrosse, the sport’s national governing body, to organize an exciting new tournament, which will feature teams competing in Under-19 and Open divisions.

“We are eager and excited to work with Ireland Lacrosse on what promises to be a fantastic event,” said Global Football President Patrick Steenberge. “The two successful GIFT American football events we held in Ireland in 2012 and 2014 created a wealth of contacts, partners and friendships that we are delighted to rekindle as we continue to focus on the Emerald Isle for some of our most prestigious events.

“Lacrosse is a sport growing rapidly in popularity in North America and players will have a great opportunity to showcase their talents in Ireland and also enjoy a fantastic visit overseas. It is refreshing to have the national governing body of a sport embrace our initiatives as we are accustomed to in so many other countries, and recognize the opportunity to further develop lacrosse in Ireland.”

The GIFT tournaments produced by Global Football in Ireland, the latest in association with the Croke Park Classic, brought 14 teams, more than 2,700 visitors and drew in excess of 12,000 spectators to games played at University College Dublin, Donnybrook Stadium, Parnell Park and Pairc Tailteann.

Ireland Lacrosse Chief Executive Officer Michael Kennedy said: “Lacrosse was first played in Ireland in the late 1880s, between Canadian and U.S. exhibition teams, so we are excited about connecting with our history of the game here by once again welcoming teams from North America. When I met Patrick at the World Championships in Denver this past summer, I was impressed by his experience, and look forward to working with him and his organization to help attract players, coaches and teams to Ireland.”

Ireland Lacrosse works to develop the sport throughout Ireland for men and women at all levels from youth to adult, while managing, overseeing and supporting the Irish national teams (men’s senior, women’s senior, men’s U-19 and men’s indoor).

The teams traveling across the Atlantic will depart on June 30 and will hit the practice field at the University of Limerick the following day to prepare for three days of lacrosse action, which kick off on Thursday, July 2. The finals of the 2015 Celtic Lacrosse Open will be played on the Fourth of July and participants will then join the city of Limerick parade to celebrate the traditional American holiday.

While visiting Ireland, the touring players, coaches, families and friends will visit the spectacular Cliffs of Moher, The Burren and Galway, tour historic Croke Park, learn Gaelic games at University College Dublin and enjoy a Dublin city tour, including a visit to the Guinness Storehouse. They will return to North America on July 8. 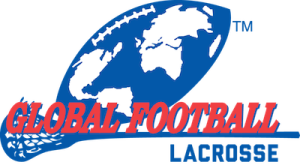