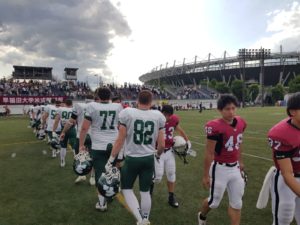 Illinois Wesleyan traveled for a fifth time with Global Football, having been to Italy 2000, France 2005, the Czech Republic & Austria 2009, and Finland & Sweden 2013.  While in Japan between May 31 and June 8, the Titans visited Tokyo’s Ginza District, the Imperial Palace Plaza, the Meiji Shinto Shrine, Yoyogi Park, the Tokyo Dome, Tsukiji Fish Market, the Sumo Wrestling Museum, Mount Fuji and went on a Tokyo Bay cruise. 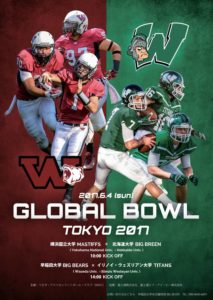 “It was a fun ball game, it was a great win,” said coach Eash “Toyko is an amazing city.  You are talking about (a country of) 37 million people, I can’t explain it.  A lot of people and a lot of buildings and our kids are really taking it in right now.”