The Westminster School Wildcats are the reigning Class AAA Georgia state champions having posted an 11-4 record and face a Community School of Naples Seahawks team that finished 9-2 last season, having played in their first-ever playoff game.

“We are excited to play Community School Naples. I’m sure they will be as determined as we are to win overseas. We’re just delighted to come over and play. The game is significant and just bringing our team to Ireland is very intriguing and exciting.” – Gerry Romberg, Head Coach Westminster School,

“Community School of Naples is honored to be a part of such a historical and enriching experience. To be playing in Dublin Ireland, versus a wonderful academic institution of like mind and cultural excellence, is the perfect match-up. – Paul Selvidio, Head Coach, Community School Naples 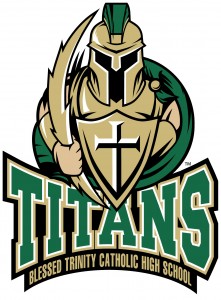 The Blessed Trinity Titans won 13 games and tied one in 2015 on an unbeaten run to the Georgia AAA State Championship game, and face the St Peter’s Prep Marauders, who won a Hudson County Championship with an 8-3 record.

“The trip to Ireland gives the boys a chance to play the game they love in front of a whole new audience. The opportunity to be immersed in a different culture makes it all that much more special. Our team, coaches and community are excited and grateful for the experience.” – Tim McFarlin, Blessed Trinity

“We plan to embrace the Irish culture and enjoy the magnificent setting and educational opportunities made available to us. The main objective is to compete hard and be successful on the field in our game against an outstanding opponent.  It’s really an honor to be able to compete against a great program in a beautiful country.” – Rich Hansen, St Peter’s Prep

The Marist War Eagles posted a 10-3 mark last season under coach Alan Chadwick, who boasts an impressive 333-60 record and face a Belen Jesuit Wolverines team that finished 7-4 in 2015.

“We know Belen Jesuit have an excellent program, with a rich tradition of excellence. We also recognize them as a well-coached, disciplined, and tenacious football team and we expect a tremendous challenge for our team. I think the game offers the fans and supporters of both teams an interesting matchup of two very

“Our opponent, Marist is a Georgia powerhouse and a well-coached disciplined team. Marist never beats themselves with mistakes. They are always ready to play with intensity, they rise above adversity and Marist never quits.” – Richard Stuart, Belen Jesuit