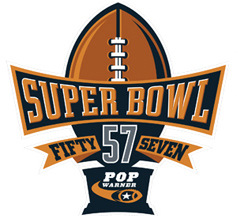 A record number of eight international teams are heading to Florida with Global Football to play at the Pop Warner Super Bowl at ESPN’s Wide World of Sports Complex in Lake Buena Vista.

The eight teams from Canada, Mexico and Panama will participate in the International Division in the unlimited weight Midget division at the 57th annual Pop Warner Super Bowl from December 7 through 14.

The Halcones dance team from Mexico will take part in the Dance & Cheer event and two Mexican teams will play International Friendship Bowl games against American opposition in the Pee Wee and Junior Midget categories.

The international football youngsters will join 64 teams and more than 400 dance and cheer squads from across the United States in Florida to play three games, ending with a championship game and placing games.  The International Bowls will be played on December 9, 12 and 14 and the Friendship games on December 12.

Canada will be represented in the international division for a fourth straight year.  Canada East will face Puebla from Mexico to kick off their games during the first day of action on Monday, December 9, while Canada West faces Mexico 2.  Panama’s finest will take on Mexico 1, while Toluca and Queretaro meet to complete the bracket.

“It is wonderful to work with Pop Warner Little Scholars again and to have a record number of teams heading to the wonderful ESPN Wide World of Sports facility,” said Global Football President Patrick Steenberge.  “The players and coaches will have a lot of fun and will have three games to see how they measure up against teams from other countries.”

Pop Warner Executive Director Jon Butler said: “We are very excited and pleased to see more interest from international teams, first of all in playing the game of American football, second in Pop Warner, and third in coming to be a part of our annual celebration.

“We would love to see more Pop Warner league overseas.  We have taken very proactive steps regarding player safety and think that is important for teams to take onboard not only in the U.S. but internationally also.”

Inspiring the young international players will be Honorary Chairman Frank Davis, who was the first Panamanian to start a game in the National Football League when he lined up at guard during the 2006 season for the Detroit Lions.  Davis represented Panama in 2000 in Atlanta at the third NFL Global Junior Championship, which was organized annually from 1997 to 2007 at Super Bowl by Global Football, and his performance led to him playing at the University of South Florida before a NFL career with the Lions and Cincinnati Bengals.

“It is very special to welcome Frank Davis back to a Global Football event, recalling very well the first time I saw him in the snow and ice of Atlanta when he represented Panama in the NFL GJC,” added Steenberge.  “He continues to stay involved in training young athletes who have the same dream as he did.”