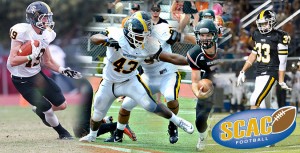 Southwestern University will head to Germany next week to prepare to face German Football League (GFL) team the Stuttgart Scorpions as part of a 12-day overseas tour organized by Global Football.

Pirates head coach Joe Austin, who reinstated football at Southwestern University in 2012 after the sport’s 62-year absence, has been a regular traveler with Global Football, which has created and produced games and events in 21 different nations around the world since 1996. He was a member of the Team Stars & Stripes coaching staff at the Tazón de Estrellas organized by Global Football in 2010, 2011 and 2013.

The tour will see the Pirates student athletes from the Georgetown, TX school visit Heidelberg, Rothenburg, Munich and Stuttgart, from May 15-26 for 12 days of experiencing a new culture and making lasting friendships. Having combined sightseeing with time on the practice field, the Pirates will face the Scorpions at 1pm Central European Time (6am US CT) on Sunday, May 25.

“Global Football has been a partner in helping me develop well-rounded student athletes for almost a decade,” said Coach Austin. “Learning about and experiencing other cultures is an important part of the development of our players as young men. Traveling with Global Football is a life changing experience for the players.”

Numerous links exist between the Stuttgart Scorpions and both Southwestern University and Global Football: 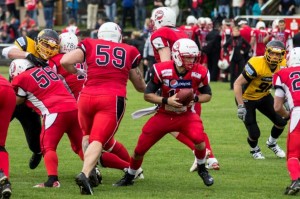 “Germany is my favorite Global Football destination because of the relationships my coaches and I have there,” added Austin. “Tom Ross, my Associate Head Coach, was the Head Coach of the Stuttgart Scorpions and Assistant Coach Bill Kriesel played for the Scorpions. Beyond that, we have sent three other former players, including two that traveled to Germany with Global Football, to play in Stuttgart. With our wide network of contacts we are very plugged-in to the American Football culture in Germany and because of this returning to Germany is a chance to see good friends and to meet new ones.”

The Scorpions opened the new 2014 GFL season with wins over the Munich Cowboys (42-9) and Franken Knights (66-52) and currently top the GFL South Division in a domestic league that is considered the most competitive in Europe.

While in Germany, the traveling Southwestern University group will have an opportunity to watch a GFL clash between the Franken Knights and Schwabisch Hall Unicorns and will also hold combined practices with the Munich and Stuttgart teams. Away from the football field, they will enjoy taking in the sights of Heidelberg Castle, Rothenburg, Munich, Neuschwanstein Castle, the Carl Zeiss Museum in Oberkochen, and the Mercedes Benz Museum in Stuttgart, as well as a visit to the Dachau concentration camp.

“Joe Austin has a great vision for his football programs and a true commitment to his student-athletes, so we are delighted to have him and all from Southwestern University travel with us,” said Global Football President Patrick Steenberge. “The Stuttgart Scorpions play in the strongest league in Europe, so will provide stern opposition for the Pirates in what is certain to be an exciting highlight of the overseas visit.”