Wabash College will travel with Global Football to Panama for a second time in seven years and play against a Panamanian all-star team as part of their cultural visit. 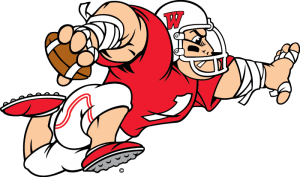 Coach Erik Raeburn will take his Little Giants football roster to Panama from May 14-22 and will combine sightseeing and practices during the visit, before playing at the Estadio Luis Ernesto Cascarita Tapia on Sunday, May 19. In 2012 Wabash College finished with an 8-2 overall record, posting a 5-2 mark in the North Coast Atlantic Conference (NCAC) for a tied third finish.

“I can vividly recall the last time Wabash traveled with us to Panama, as the young men thoroughly enjoyed this magical country with its natural wonders and welcoming people,” said Global Football President Patrick Steenberge.  “Football is very well organized there due to the American presence at the Panama Canal, and they are passionate about the game.  It will be wonderful to return there, and I am sure this will leave a positive life-changing impression on all the travel group.”

Wabash College traveled to Panama with Global Football in 2006 and beat the Panama national team 18-0 in front of 1,000 American football fans at Balboa Stadium in Panama City.  In heavy rain and on a muddy field that negated the speed advantage Wabash held, Tim Shirack scored one touchdown in the first quarter on a 45-yard run, and again in the third quarter on a two yard dive.  Riley Faulk picked off a pass in the fourth quarter, returning the ball 35 yards and diving into the end zone for the final score.

“The entire trip will be exciting,” said Wabash College coach Erik Raeburn.  “Our team gets an opportunity to practice a little bit more and spend more time together.  The chance to travel and see the sights in Panama is a key part of the program.  During my last trip overseas, I got a chance to see how close those players got after not even knowing one other before the camp started. In two short weeks those players became really close.  They had a lot of fun.  I just thought if we took our Wabash football team on a trip like that our players could enjoy those same types of experiences.  We are really looking forward to it.”

Raeburn is entering his sixth season as the Little Giants’ head football coach and was named the 2011 NCAC Coach of the Year after leading Wabash to a perfect 6-0 record.  He came to Wabash after eight seasons as the head football coach at Coe College in Cedar Rapids, Iowa, where he posted a 57-26 record.  Prior to arriving at Coe, Raeburn was an assistant coach at his alma mater, Mount Union College, where he served as offensive line coach and offensive coordinator.

Having been welcomed by their Panamanian hosts at a special welcome dinner, Wabash College will begin their first full day with a morning practice and get used to the tropical climate.  They will visit the old Spanish fortification on the Caribbean coast east of Panama City and the next day will head into the countryside of Panama that is lush with tropical foliage, green mountains and lakes.  The traveling party will enjoy outdoor activities such as jungle canopy tours and a boat ride to Monkey Island.

The week’s second morning practice will be followed by a visit to the ruins of the first city of Panama and to modern Panama and a trip to Colonial Panama.  The team will also embark on a canoe through the Chagres River in Chagres National Park and visit the Panama Canal.  After the game they will have a chance to relax in one of Panama’s world-famous all-inclusive resorts on the sandy beach fronting the Pacific Ocean and will take part in the traditional awards ceremony.