China Could Be The Next Frontier For American Football 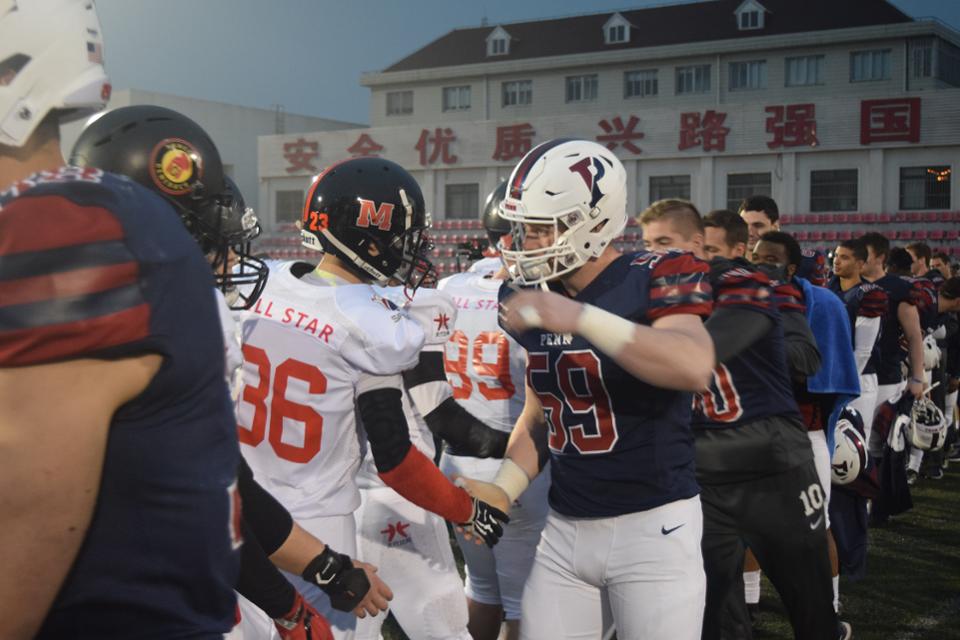 The University of Pennsylvania football game in Shanghai, which was organized by Global Football, features in a Forbes article on football in China, along with photographs from the first competitive game played by an Ivy League school in China, provided by Patrick Steenberge.

Below is an excerpt from the article and a link to the full story.

China Could Be The Next Frontier For American Football

The Chinese are not only watching football, but also playing it. After only 36 teams across three cities in China participated in NFL flag football tournaments in 2014, more than 300 teams across 14 cities did so in 2018.

Thirty of the 34 provinces in China have at least one youth training program or adult football team, and more than 3,000 adults play on 76 organized recreational league tackle teams — a massive surge from the 400 players and eight teams who played just five years ago.

The University of Pennsylvania played against the American Football League of China (AFLC) All-Stars, a squad made up of several different clubs, in March.

The teams’ coaches met a couple of days before playing in the Global Ambassadors Bowl in Shanghai, and then a sell-out crowd of 3,200, including government officials, watched Penn warm up and compete.

The first Ivy League team to play a football game in China, Penn trounced the All-Stars 85-0, but Penn head coach Ray Priore said the lopsided score belied the talent his Quakers faced and that there were a handful of players with the ability to play on his team.

“They’re learning how to play it,” Priore said. “They weren’t as experienced on the techniques of football. They had some athletes.”

Though some of the taller players carried more than optimal weight, they executed sophisticated schemes like RPOs and spread passing formations.

“The coaching was good,” Priore said. “What they played was sound.”

Priore said he does not envision Division I Football Bowl Subdivision (FBS) teams going over to play but expects more Football Championship Subdivision (FCS) teams to make the trip.