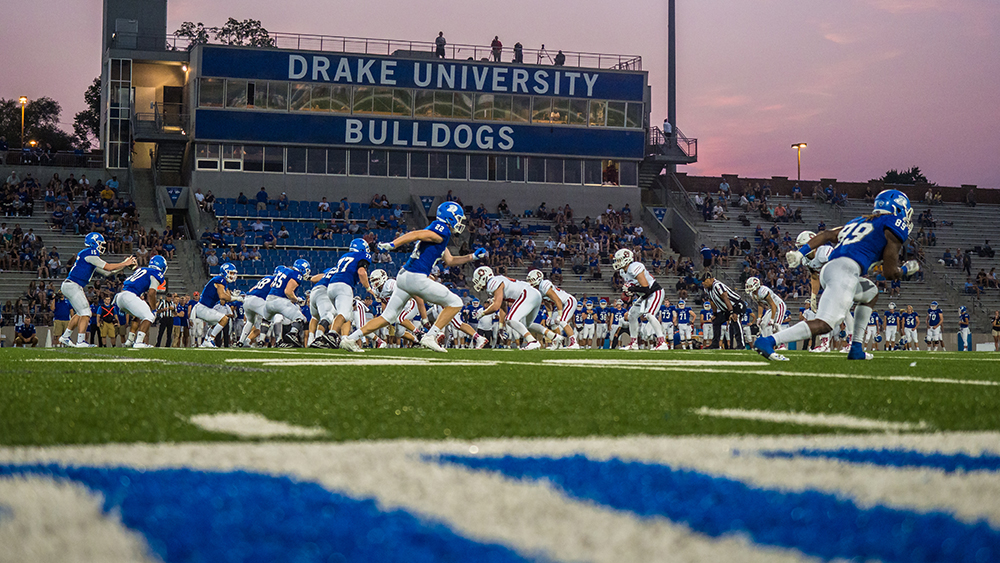 Global Football has again partnered with the Drake University Bulldogs to venture overseas for the Drake-China Ambassadors Bowl being played in Beijing on Saturday, May 26.

Global Football, the world’s largest exporter of American football since 1996, organized and coordinated Drake’s trip to Tanzania in 2011 for the Global Kilimanjaro Bowl, and will manage football operations for the visit to China this month.

The Drake traveling party will arrive in Beijing on the evening of Wednesday, May 23, and will be hosted by University of International Business and Economics (UIBE) in Beijing, an academic partner of the Iowa-based university, throughout its 12-day stay in China.

“During the past decade, the sport of American football has caught hold in a number of cities in China,” said Global Football Founder and President Patrick Steenberge, who will be onsite to coordinate the visit. “The Drake Bulldogs football team will have an amazing opportunity to further the development of the sport among youth and young adults in China, just as they did in Tanzania.”

Thursday and Friday will focus on preparation, with Drake football practices open to the public at UIBE University. Saturday will feature on-field clinics from 9.30am to 11am and Drake University has donated 200 footballs to aid development of the sport in China.

With the assistance of NFL China, players and coaches have been invited to attend from the American Football League of China (AFLC), an adult club league with teams across major Chinese cities. A number of youth football organizations in China, led by the rapidly growing GSG, will also be involved in promoting the event, bringing children and coaches to the clinic and game, and helping with event logistics.

The Bulldogs take on a China All Stars team coached by JW Kenton made up of players from the AFLC Champion Shanghai Titans, the Iron Brothers and other Beijing-based AFLC teams, and the CAFL indoor league at 1pm local time (1am US ET) on Saturday, May 26.

“Drake football is excited to travel to China next year and interact with the people of that great country through the sport of American football,” said Drake Head Football Coach Rick Fox. “This will be a trip that will have lifelong impact on our young men and we hope it will be a benefit to the people of China as well.”

Following game day, the Bulldogs party of 82 people will take on a unique challenge when they hike the steep and majestic Great Wall segments of Gubeikou-Jinshanling on Monday, May 28. This challenging trek, organized by Global Football and their local coordinator Xian Aihua, will provide a rare opportunity for the team to gain personal knowledge of this world wonder by hiking two major sections. The group will spend the balance of their time in cooperative educational activities hosted by UIBE, as well as touring the spectacular city of Beijing and enjoying a U.S. Embassy visit.