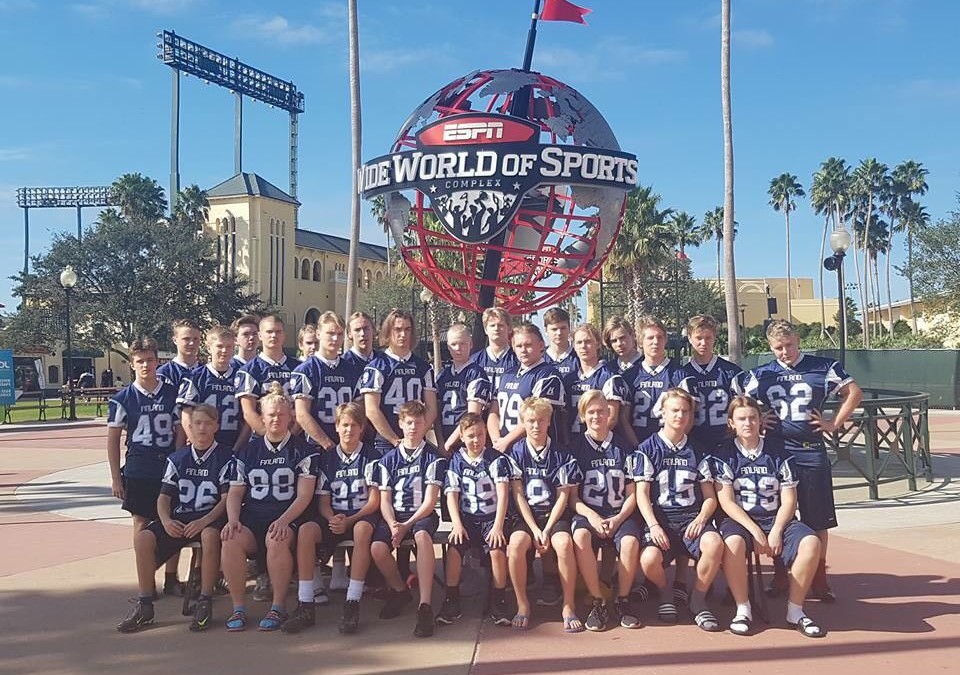 The International exhibition matches have kicked off at the 61st Pop Warner Super Bowl for an eighth successive year, with teams from Finland, Mexico and the United Arab Emirates in action between December 2 and 9.

The EAFL Falcons from the United Arab Emirates, Finland Blue Lions and Mexican teams Queretaro, Oro y Azul, Panteras and Team Mexico are all participating at the ESPN Wide World of Sports™ Complex in Orlando, Florida, with six teams playing at the Varsity level and two competing in the Junior Varsity category.

In Monday’s opening games, Panteras recorded a 31-13 win over the EAFL Falcons, Finland’s Blue Lions edged Team Mexico 14-13 and Queretato beat fellow Mexicans Oro y Azul 27-8.  In the JV bracket, there was success for the younger Oro y Azul players with a 25-6 victory over Team Mexico.

Thursday’s matches see two all-Mexican clashes at 11am.  Team Mexico faces Oro y Azul on Field 30 with both teams seeking their first win, while the two top-scoring teams, who both tasted victory in their openers, meet on Field 19 when Queretaro faces Panteras.

Global Football founder Patrick Steenberge said: “After nearly a full year of work on a global basis it is rewarding to see these youngsters finally arrive at Disney and get to play friendly, competitive matches against one another on the pristine ESPN complex fields.  They have arrived a bit jet-lagged, but with high spirits and eager to meet similar kids from other countries as well as the thousands of Americans who are here.  Today they are enjoying a Disney Theme Park, a key element of their trip.”