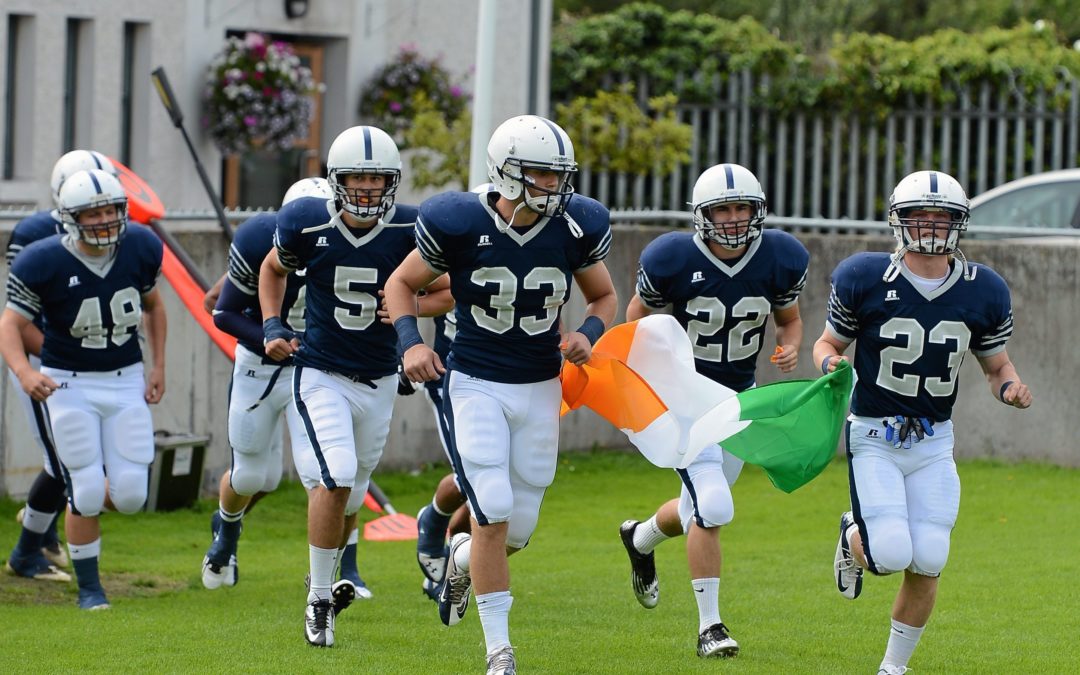 Kent School, located in Kent, Connecticut will return to Ireland in the summer of 2020 where the football team will again compete under Friday night lights in Dublin.

The Lions will see action against a fellow American school when Global Football hosts the Dublin High School Football Showcase on Friday, August 28, 2020.

Multiple teams from the United States will head across the Atlantic to play competitive and regular season games in the nation’s capital, with the match ups being announced in the new year.

The games are played as part of the Aer Lingus College Football Classic and all traveling players, coaches and supporters will attend the game between Navy and Notre Dame at the Aviva Stadium on Saturday, August 29 – the hottest ticket in town. The event will attract more than 35,000 U.S. visitors to Ireland.

“This will be an experience of a lifetime for our Kent players and coaches, and for all members of the Kent Football Family who are able to make the trip with us,” said head coach Connor Wells. “We cannot wait to showcase and present our passionate brand of football to the Irish people, under the lights in Dublin this August. We are even more excited to spread popularity of this great game overseas and fully embrace the culture of our Irish hosts in the process.”

The Kent School took part in the first such event back in 2012 when under then-head coach Todd Marble, they beat the National School of American Football from the UK 26-2 at Parnell Park, the north Dublin home of Gaelic football. Kyle McKinnon led the way with 183 rushing yards and three touchdowns as a Kent team that had gone undefeated the previous year kept the ball on the ground and only attempted eight passes.

The Kent School will train at the impressive athletic facilities of University College Dublin and will experience the local culture through a series of educational tours. Dublin will again be brought to a standstill when all teams and their accompanying bands and cheerleaders join a city center parade on the Thursday night before the games, which will culminate in an American-style Pep Rally in the heart of Dublin City.

Kent plays one of the most challenging schedules in Class A – New England Prep School Football, culminating with a night homecoming game. Many home games are played under the lights with crowds that are the envy of any school. Kent Football is a storied program, claiming eight league championships, five New England Championship game berths, and two New England titles in the past 25 years. Kent was also the first NEPSAC football team to play a regular season game abroad – traveling to London with Global Football in 2009 in conjunction with an NFL game played at Wembley Stadium.

“We are excited to confirm the addition of Kent School to a great series of games for the people of Dublin, who always provide a warm welcome and support our events in force,” said Global Football president and founder Patrick Steenberge. “This will be the third time Kent School has allowed us to provide their student-athletes with such a memorable experience and broaden their horizons through international travel.”