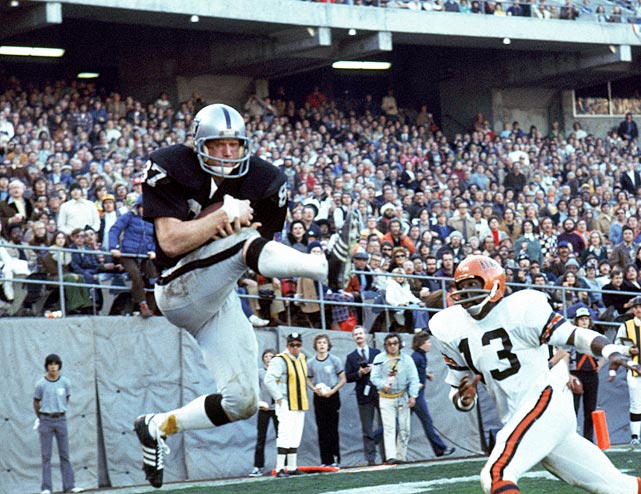 Casper, nicknamed ‘The Ghost,’ won Super Bowl XI with the Raiders, was a five-time Pro Bowl selection and was named to the NFL 1970s All-Decade Team. He will participate in activities associated with the Global Youth Ambassadors Bowl’s series of games on Saturday, November 18, at the Bufalos American Football Club of Toluca.

The following day, the reigning Super Bowl champion New England Patriots will take on the Oakland Raiders at the nearby Estadio Azteca, which all the youth travelers, their coaches and families will attend.

“It will be fun to join the American youngsters who travel to Mexico to enjoy this very special football weekend, that includes my Raiders playing the Super Bowl champion Patriots,” said Casper. “I am really looking forward to watching the youth teams play against their Mexican hosts on the American Football Hall of Fame fields in Toluca. Getting to visit Mexico with my old Notre Dame teammate Patrick Steenberge and his Global Football group should be memorable.  See you all there in November!”

Casper was an All-American on the University of Notre Dame 1973 National Championship team and is a member of the College Football Hall of Fame. He was selected in the second round of the 1974 NFL Draft by the Raiders. He caught the first touchdown of Super Bowl XI, a 32-14 victory over the Minnesota Vikings, and was selected to four straight Pro Bowls. He was also an All-Pro for the Houston Oilers having been traded for first and second round picks, and after spells with the Vikings and Los Angeles Raiders finished his pro career with 378 receptions, 5,216 yards and 52 touchdowns.

The youth players who participate in the Mexico visit from November 16 to 20 will have a unique educational opportunity to experience some of the region’s outstanding historical sites, and share a special day with the Mexican student athletes. They will enjoy the recently opened Mexican American Football Hall of Fame in Toluca, tour the majestic Aztec Ruins of Teotihuacan and Our Lady of Guadalupe Shrine, and visit the historic National Cathedral, Xochimilco, Coyoacan and Avenida Reforma in Mexico City.

Global Football is inviting youth teams in the United States to join those already heading to Mexico from November 16-20 to participate in the Global Youth Ambassadors Bowl & Tour. Team spots are limited due to demand for the NFL game tickets and available Ambassador Bowl games. League Directors and Coaches should contact Patrick Steenberge for more information: 817-219-7274 / Patrick@GlobalFootball.com