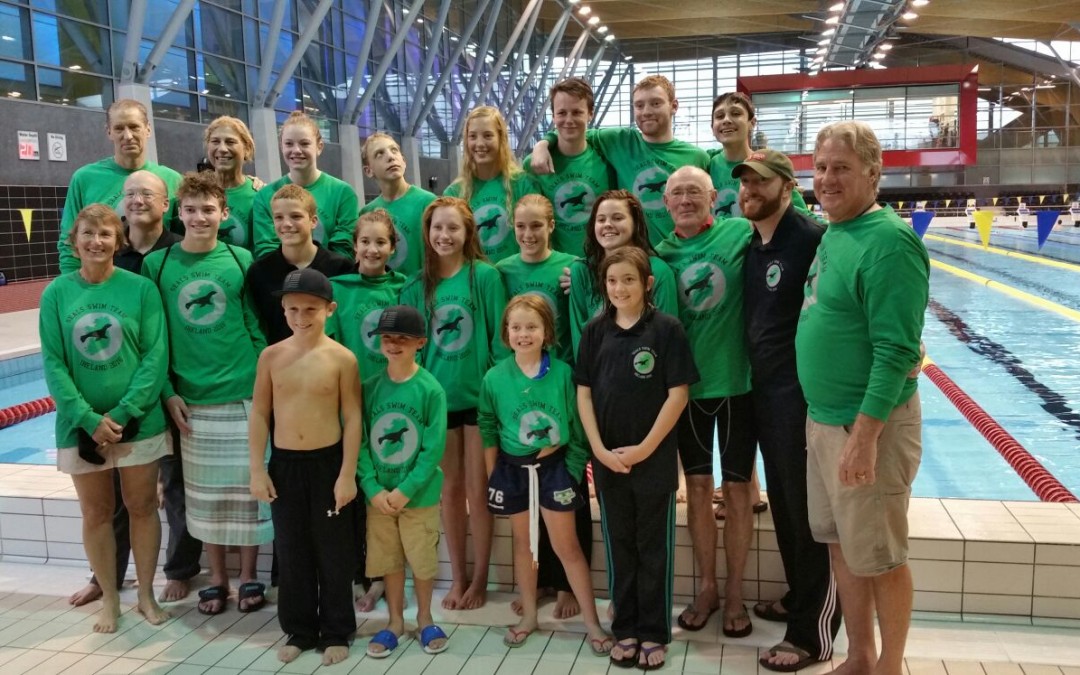 A team of swimmers from Granbury, Texas have returned from visiting Ireland, where they trained at University College Dublin this week, as part of a tour organized by Global Football.

The Granbury-based company has organized overseas visit for high school and college football teams for 20 years, taking more than 14,000 travelers to 25 countries and six continents since 1996, and turned its attention to swimming for this summer venture.

Janet Steenberge has run the SEALS swim team for 27 years and has coached more than 5,000 swimmers, including Dana Vollmer, who has won five gold medals at the Olympic Games and recently competed in Rio. Janet’s daughters Georgia and Xela were accomplished swimmers at the University of Notre Dame and University of Tampa respectively and Xela has also competed for University College Dublin.

“I hope this trip to Ireland helps inspire our swimmers and families to continue to explore and opens their minds to all the possibilities the world has to offer,” said Janet Steenberge. “After swimming at UCD I hope our young swimmers are inspired to raise their goals and work even harder to achieve them.”

The exciting trip to Ireland began with a panoramic Dublin City Tour, including O’Connell Street with its monuments, the exterior of the Customs House and the Old Parliament building and Georgian squares, before visits to the Phoenix Park Museum and stadium, the GAA Museum and Croke Park Stadium.

The SEALS Swim group practiced at UCD on each of their first four days in Dublin and also found time to take in Wicklow’s Historic Gaol, Kilmantin Hill, Trim Castle, the scene of the Battle of the Boyne and Drogheda, before enjoying a hiking tour of the Sugarloaf Mountain. A guided tour of the Tall Ship and Famine Museum and the Jeanie Johnston Famine Ship was followed by a visit to the Glasnevin Cemetery and Museum and the Book of Kells at Trinity College Dublin.

Ever competitive, the Seals Swim Team took part in a friendly swim meet at University College Dublin, before heading to discover the Cliffs of Moher, Galway, the Aran Islands and Dun Aengus Fort. Just for good measure, they climbed Diamond Hill in Connemara National Park before returning to the United States.