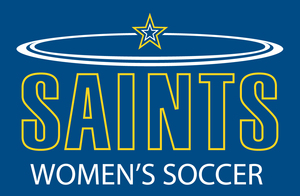 That was one of the reasons Siena Heights University head coach Scott Oliver chose to take his women’s soccer squad from Michigan to England, France, Belgium and the Netherlands this month. The Saints are heading overseas this Thursday, June 22, for a third time with Global Football, with sightseeing, a coaching clinic, a match against local opposition and soaking up the World Cup atmosphere all part of the itinerary.

“We’re going to countries where their national teams are playing important matches at the World Cup on those days,” explained Oliver. “So I’m looking forward to seeing how that plays out and experiencing the atmosphere of a nation watching their team play on the world’s biggest stage.”

The Saints coach and Global Football have been researching the best venues to join watch parties as England, France and Belgium compete in Russia and fans create a partisan atmosphere back home as they cheer on their nation.

Global Football President Patrick Steenberge said of the visit: “While we have featured primarily ‘American football’ tours during the past 23 years, we are excited to also work with other sports teams and coaches.

“Siena Heights University women’s soccer is now headed to Europe for their third tour in the past five years, and it is a pleasure to work closely again with Coach Scott Oliver and his team. I am confident the ladies will return as more engaged Global citizens, and enjoy their four-country tour during this special World Cup time, allowing them to be a part of all the excitement raging across the continent.”

The SHU soccer travelers will kick off their overseas adventure in London on Friday with a walking tour, a spectacular view of the capital from the London Eye and a cruise on the River Thames. Then it’s off to Paris via the Eurostar, an experience that for most Europeans is little more than a means of travel but holds an appeal for Oliver and his team.

“In Europe they rely on trains or the tube for everyday travel and I wanted to make sure we experience that,” said Oliver. “We have nothing along those lines in Michigan. The traveling time is only three hours between these places whereas in our area you’re three hours from Cleveland and Cincinnati.

Paris holds the promise of tours of the Palace of Versailles, Notre Dame, the Louvre and the Eiffel Tower. The Saints will practice at the training complex of the famed Paris St Germain club and will host a clinic for soccer-enthusiasts among refugees from Afghan, Syria, and Iraq.

A brief stop-off in Belgium will be followed by a train ride to the Netherlands and a chance to enjoy the miles of canals of Amsterdam and a visit to the poignant Anne Frank House. The Saints will play a match against ADO den Haag before returning Stateside on July 1.