Travel With Global Football And Make The Playoffs 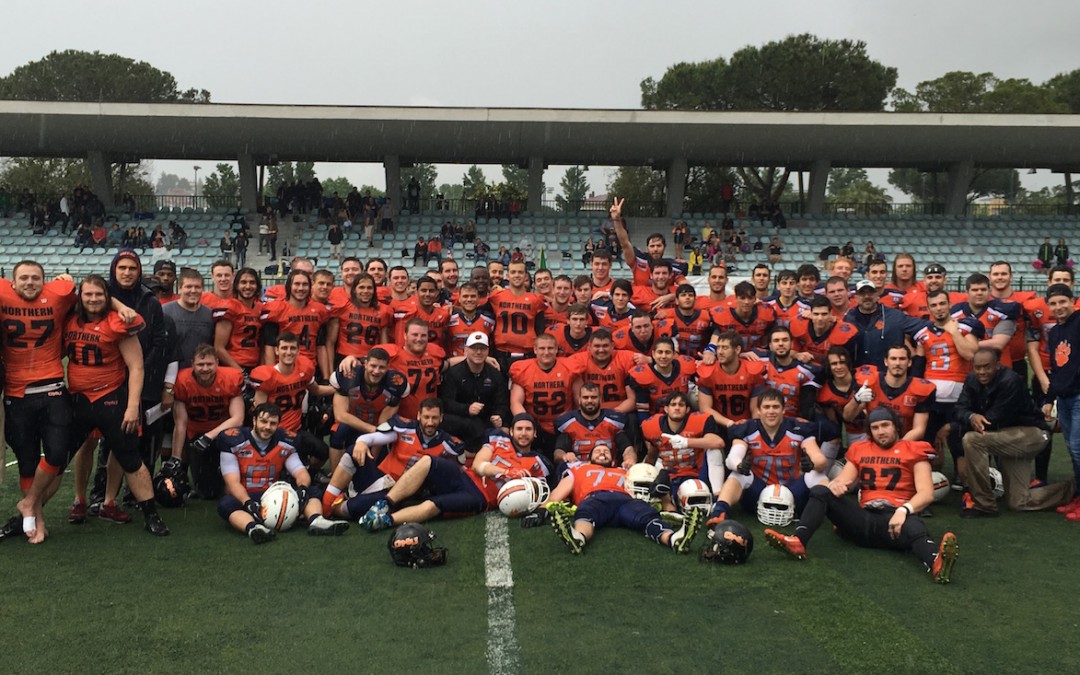 Travel and win! How great does that sound?

When the Miami Dolphins and New York Giants opened the NFL International Series of competitive regular season games in London in 2007, questions were asked about how overseas travel for a meaningful game might impact the outcome of the season. The Giants went on to win the Super Bowl that season.

Similarly, when high school and Division III college travel overseas with Global Football, one consideration before committing to a visit, is how making an extended journey, usually across the Atlantic, might influence the upcoming campaign. The college football season tells a similar story to the NFL experience and this year, two teams who hit the road with Global Football in the spring have advanced to the playoffs – both undefeated. Two more, who are traveling abroad in 2017 are also bound for the postseason.

“The feedback we receive from coaches is that the travel experience actually helps their team bond more as a unit than serve as a distraction,” explains Global Football Founder & President Patrick Steenberge. “Certainly there are some travel-weary players, coaches and staff returning home, but with great memories of a lifetime experience and a unique connection formed from bonding together as the result of being on the ultimate road trip.” 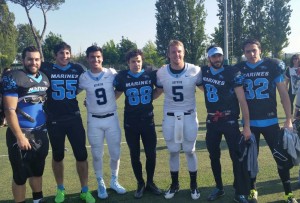 Johns Hopkins traveled to Italy with Global Football, taking in the sights of Rome, Venice and Florence before beating Italian Football League club team the Lazio Marines. Under head coach Jim Margraff, the Blue Jays advanced to the NCAA football playoffs this season, boasting a perfect 10-0 record and a seventh rank, heading into a playoff clash with Randolph-Macon (9-1) this Saturday.

The writing was on the wall for a promising North Central 2016 season as the Cardinals scored 82 unanswered points against the East Kilbride Pirates in Glasgow, having toured Ireland and Scotland back in June. Jeff Thorne’s team followed up their overseas foray with a perfect ten wins and a return to the playoffs for the first time in three years.

Visiting North Central in opposition on Saturday will be Rose Hulman, enjoying the Fightin Engineers’ (8-2) first-ever trip to the postseason. Heartland Collegiate Athletic Conference head coach of the year Jeff Sokol will take his team to Switzerland and Germany in 2017 with Global Football, having traveled to Barcelona in 2014.

John Carroll University is Global Football’s most traveled team and will head to Spain in the spring of 2017 on the back of an undefeated regular season and having claimed a very notable scalp in the world of Division III football.

Head coach Tom Arth led his Blue Streaks into the history books by snapping a 112-game Mount Union College winning streak that dated back to 2005, with a 31-28 victory over the top-ranked Purple Raiders. That stunning win also brought an Ohio Athletic Conference title to John Carroll for only the fourth time, the others being in 1938, 1989 and 1994. JCU now hosts Olivet College in the NCAA postseason.