A record number of 27 NCAA Division III schools will be represented on the roster of Team Stars & Stripes at the seventh annual Tazón de Estrellas (Bowl of the Stars).

Under the guidance of fourth-year head coach Don DeWaard (Central College), the Americans will train at the Mexicali, UABC and CETYS University campuses in Tijuana, and on December 19 will take on the CONADEIP All Stars selected from the CONADEIP private universities in Mexico at the Margarita Astiazrán de Fimbres Stadium in Baja. The Tazón de Estrellas series between the great rivals is tied at 3-3.

Highlighting the Team Stars & Stripes roster are a pair of quarterbacks in Brady Huber from Illinois College and Matt McDaniels of the US Merchant Marine Academy. 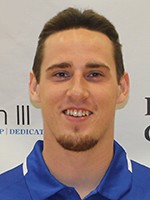 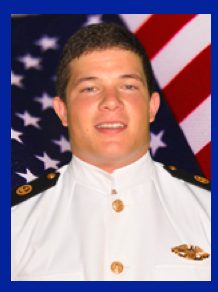 Huber (left) is an all-Midwest Conference South team selection, who after biding his time for three seasons ran rampant, ending with exactly 3,000 yards on the 2015 season, more than any other quarterback in the conference. He also threw for a conference-best 31 touchdowns, led the MWC in pass efficiency, and had a 62.5 completion percentage.

McDaniels (right) of the US Merchant Marine Academy was named an All-Liberty First Team Specialist Athlete, his fourth-straight postseason honor from the league. He ranks second in the Liberty League in rushing (91.3 ypg), third in scoring (5.6 ppg), sixth in all-purpose yards (91.3 ypg) and ninth in total offense (115.6 ypg).

Among the passing pair’s receiving targets will be tight end Jake Wassenaar (left) of Central College, who is also headed to the Allstate Sugar Bowl in New Orleans as a member of the Allstate American Football Coaches Association Good Works Team, comprised of players who devote their free time to perform acts of service. Wassenaar is among six players picked from Division III schools from among a record 197 nominations.

On the defensive side of the ball, highlights include linebackers Andrew Bryan of John Carroll University and Dylan Zerki from Kalamazoo College. Bryan is an all-AOC First Team selection, who topped the team with 78 tackles, while all-MIAA selection Zerki ends his career as Kalamazoo’s all-time leading tackler. He led the Hornets in tackles (104), sacks (3), and tackles for a loss (11) in 2015, towards a total of 404.

The defensive secondary is highlighted by Octavius Sanders, also of Kalamazoo College, whose five interceptions tied for the most in the MIAA and three of his picks were returned for touchdowns. Quincy Marting from Washington University led the SAA in pass break-ups (13) and was second in interceptions (4), while also making the D3football.com Team of the Week as he recorded a career-high 16 tackles (13 solo) and an interception in the final game of career vs. Chicago.