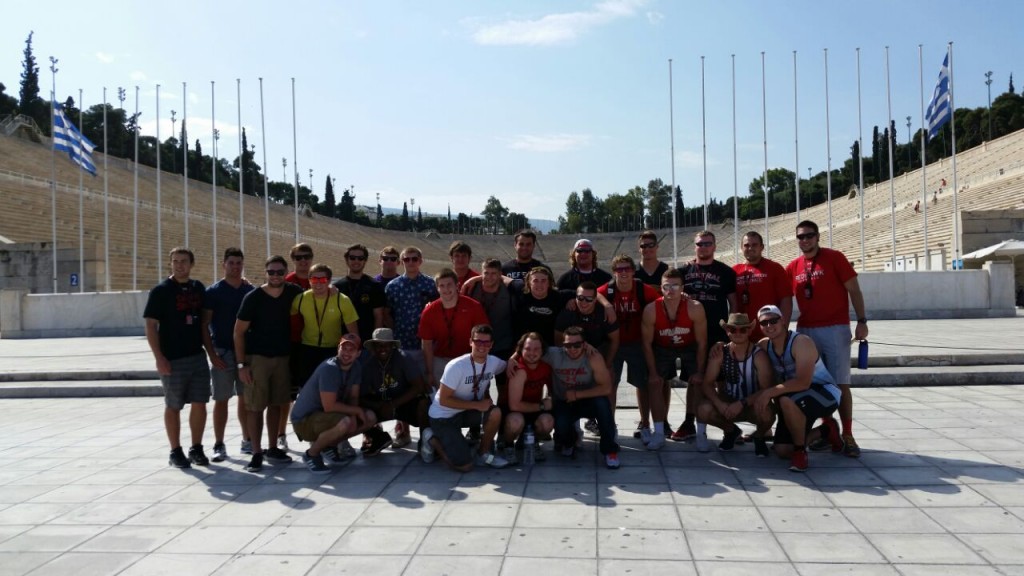 Italy has become a favorite destination with Global Football always the travel coordinator of Central College, whose American football team has swapped the familiarity of Iowa to discover Greece and Italy this week.

The Dutch players, coaches, staff and families arrived in Greece having left home on Monday and on Thursday will take an overnight ferry bound for Italy. Head coach Jeff McMartin leads his team against the Roma Grizzlies club team on Sunday, May 24 at the Centro Sportivo stadium, kickoff 4pm local time (10am US ET).

The game will be shown live via a Livestream webcast

Central is known for its robust study abroad program, which is celebrating its 50th anniversary this year. Some 56 percent of Central students have at least one study abroad experience before they graduate, far exceeding the national average of 14 percent. The nine-day visit from May 18-26 includes stops in Athens, Delphi, Pompeii, Naples and Rome.

“For the guys that go it is a once in a lifetime experience,” said coach McMartin. “It is a chance to see different countries with your closest friends and with coaches. You can gain cultural perspective and do it as a team. It’s a good team-building and team-bonding experience.”

Central also traveled to Italy in 2007 and 2011 with Global Football and the positive experience inspired the current playing squad to continue the tradition. “We let the players pick,” explained McMartin. “We let them vote and decide on where they want to travel. The last two trips have been really good to Italy. There is a lot to see and do and it’s a very unique place and has a lot of culture and history.” 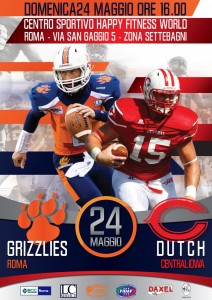 Welcoming the Dutch to Italy will be the Roma Grizzlies, a club team that returned to the top level of the Italian Football League in 2015 in the south division under head coach Claudio Faccini. Having won the second division title two years running, the Grizzlies are developing a growing program and have posted a 3-6 record in the ongoing 2015 IFL season. They have recorded wins over Napoli Briganti (26-0), Ferrara Aquile (13-10) and this past weekend a 24-point shutout of Bologna Warriors. http://www.ifleague.it/2015/grizzlies-roma/

Originally formed in 1982 during the American football boom that engulfed Europe, the Grizzlies disbanded five years later, but in 2004 a group of passionate former players created an organization that grew from playing flag football, to joining the national tackle league in 2007, while also introducing a successful youth set up. The Grizzlies youth team won the Italian Under-18 Championship in 2011 and took second place in 2012. The senior team was crowned champions of the Italian Division II in 2013, having been runners up the previous season and won the title again in 2014, this time accepting promotion to the top flight.

Patrick Steenberge, Global Football President, is eager to help lead the tour and said: “I always enjoy traveling with Central as they are superb young men who are eager to experience and learn while they are overseas. They are also led by some uniquely motivated coaches who really understand the value of this type of tour in the development of their players.”