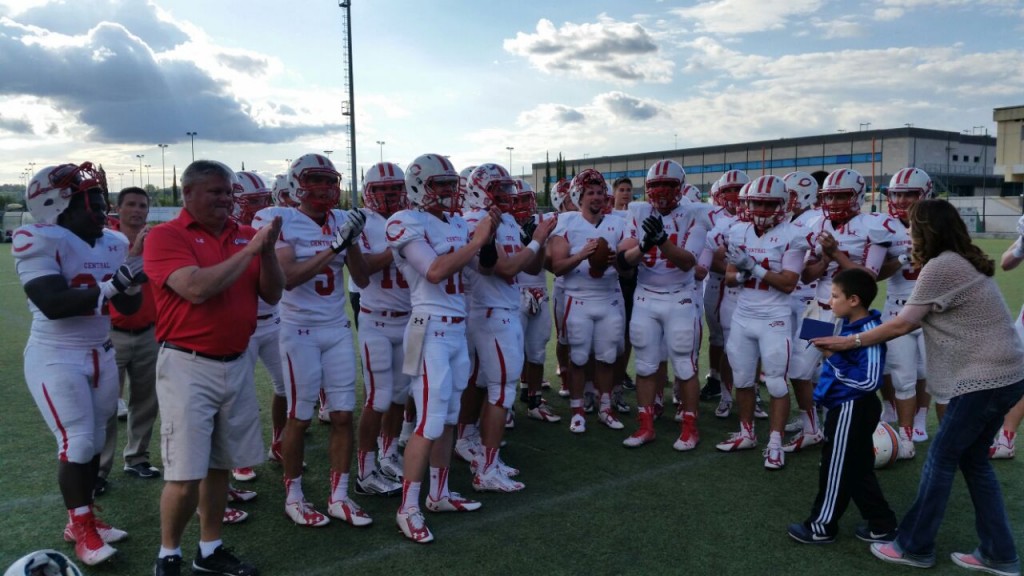 Central College capped a memorable week of experiencing the cultural delights of Greece and Italy while traveling overseas with Global Football with a 49-7 Dutch victory over Italian Football League team Roma Grizzlies.

After both teams had gone three and out and punted away their opening possession, Gray lofted connected with Markham for a 13-yard touchdown, then Gray ran in the two-point conversion for an 8-0 Dutch lead.

Kohle Helle took over under center and found Zack Martinelli for an eight-yard touchdown connection, before Tyler Olson tagged on the extra point for a 15-0 advantage.

The Grizzlies started to move the ball in reply, but Corbin Blythe came up with an interception of Roma quarterback Diego Ianniello and returned the ball 55 yards for a pick-six touchdown.

The advantage rose to 36 points at halftime when Josh Osborn forced his way into the end zone from two yards out and Olson split the uprights for a fourth time.

Gray threw another touchdown pass, this time to Drew Doehrmann from 12 yards out, to open a 43-0 Dutch lead heading into the fourth quarter with Olson reliably tagging on the extra point.

The Grizzlies were rewarded for a long drive and their persistence as Ottavio Cinque reeled in a touchdown pass from quarterback Diego Ianniello to put points on the board for the hosts. Ianniello only started playing American football seven years ago when, as a 22-year-old tennis coach, he decided to add to his sporting repertoire.

Noah Stochl completed the scoring in the 43-7 win, with a 28-yard scoring pass for Markham to catch his second touchdown of the afternoon as time expired.