Eight countries, six schools, one select team, two sports and an endless number of lifelong memories will make the spring and early summer of 2016 a busy sporting season for Global Football.

Under the guidance of President Patrick Steenberge, Global Football will celebrate its 20-year anniversary by again traveling across the European continent with high school and college American football and soccer teams from the United States. The annual educational tours traditionally culminate in a unique on-field match up against local opposition.

Since 1996, only Global Football has consistently provided amateur athletes, coaches, families and fans the opportunity to travel and compete internationally with people of differing cultures, producing games and tours in 23 countries on 6 continents. More than 350 teams and 14,000 curious travelers have encountered a positive life-changing experience, while enjoying the ultimate team-building opportunity.

In 2016, Global Football will organize visits to eight countries, taking in the rich culture and history of Austria, Czech Republic, Germany, Greece, Ireland, Italy, Scotland and Spain as travelers benefit from a positive educational experience and help spread the global appeal of their sport.

“It is hard to imagine that we have been taking curious student athletes and dedicated coaches to very special places in the world for two decades now,” said Global Football President Patrick Steenberge. “We have been able to impact so many lives, broaden their views of the world, and help players worldwide enjoy the sport of American football. As I look at our list for 2016 it is heartening to see so many returning teams, which means we must be doing something right.”

For the ninth year in succession, a high school select team, drawn from deserving student-athletes from across America will play in the Global Ambassador Bowl, known previously as the Global Bowl, under the guidance of head coach Bill Gallagher. After visiting the Czech Republic, the squad will face the GHS (German High School) Hawks in Hanau, Germany on April 9. 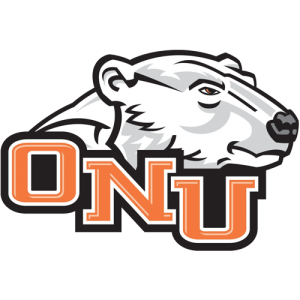 Taking advantage of NCAA rules that allow D-III colleges to travel every three years, the Polar Bears will head to Greece and Italy, having visited Ireland in 2013. Head coach Dean Paul’s team will face the Roma Grizzlies of the Italian Football League in Rome on May 15. ONU also traveled to Italy with Global Football in 2010 and Germany in 2007.

Having enjoyed a successful tour to Italy with Global Football in 2014, the Siena Heights University women’s soccer team will head to Spain this year. The Saints will visit the traditional soccer hotbeds of Madrid and Barcelona, facing local opposition in the Catalan capital on May 14 or 15.

As regular travelers with Global Football, Wabash College has taken its student athletes to Panama (2013 and 2006) and Austria and Germany (2003). This year, the Little Giants head to Spain for the first time and will face local opposition in Barcelona on May 21 or 22.

First time travelers with Global Football, the Blue Jays head to Italy, where they will face a regular host to visiting America opposition, the Lazio Marines of the Italian Football League, in Rome on May 22.

Every three years Elmhurst College heads to Europe with Global Football and this year will add two more countries to the list of those visited on previous tours. Head coach Ron Planz will pit his Bluejays against one of Europe’s premier club teams, the Swarco Raiders, in Innsbruck on June 4. Elmhurst College has traveled previously with Global Football to Greece and Italy (2013), Germany & Czech Republic (2010) and Italy 2007.

After sampling the rich cultural heritage of Ireland, North Central College will head across the Irish Sea to take on Scotland’s most successful club team the East Kilbride Pirates on June 19. Regular travelers with Global Football, the Cardinals visited Spain in 2012, Switzerland 2009 and Italy in 2006.