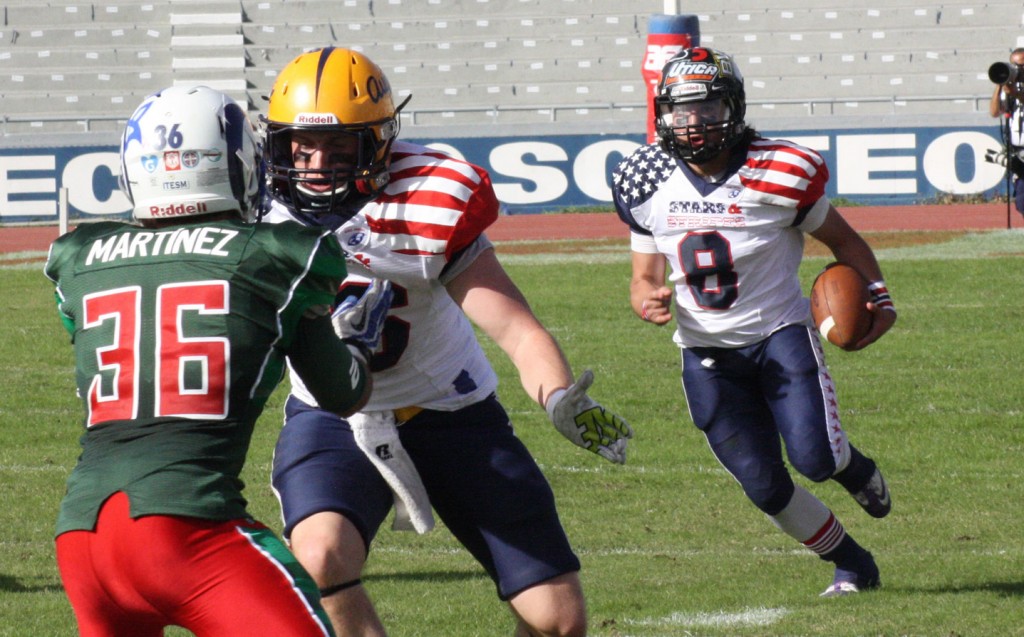 Since Team Stars & Stripes is a roster comprised of graduating NCAA Division III college seniors, players get only one shot at representing the United States in the annual Tazón de Estrellas.

But quarterback Juan Flores is returning to the football field two years after he lined up as a member of Team Stars & Stripes for a second shot at glory. This time, however, Flores will be lining up for the country of his birth, spending time under center for the CONADEIP All-Stars.

The unusual story of the signal-caller who will have represented both the United States began when he moved from the country of his birth north of the border to Alta Loma, California, where he grew up before attending Cornell College in Mount V
ernon, Iowa. 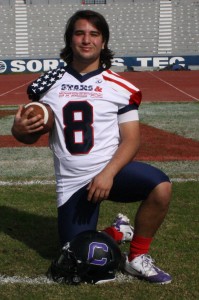 In 2013 as a senior, Flores completed 186-of-281 passes for 2,070 yards and 13 touchdowns during his senior season. He set a school record by completing 66.2 percent of his throws. Flores also rushed for 695 yards and 11 touchdowns. He ran for 207 yards in the finale at Grinnell, establishing a Midwest Conference single-game record for rushing yards by a quarterback.

In December of that year, Flores found himself among a crop of quarterbacks heading to Mexico to play in the Tazón de Estrellas. In a 29-7 win over the Mexican hosts in Monterrey, Flores saw second half action, firing a pass up the middle to Jake Larioza (Kalamazoo College) for an 11-yard touchdown and a 23-7 lead.

Since graduating from Cornell College, Flores has returned to Mexico to study for his Masters of Business Administration Marketing degree at this weekend’s host university, CETYS Mexicali, and also enjoy an extension to his college football-playing career. 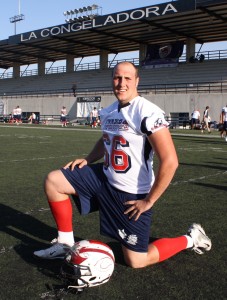 Flores is not unique in his switching of allegiances. In 2010 Grove City College offensive tackle Pete Polesnak was a member of a dominant line that paved the way for a 48-7 Team Stars & Stripes victory.

The following year Polesnak headed to Mexico to study from 2011 to 2013 in Puebla at UDLAP and played for three more years with the Aztecs. He was selected for the CONADEIP roster for the 2012 and 2013 bowls, but finished on the losing side in Guadalajara and Monterrey.

“This is one of the many benefits the Tazón de Estrellas offers the American student-athletes who travel with us to Mexico each year – the realization that they can further their education and keep on playing,” explains Global Football President Patrick Steenberge. “The players see the great facilities here and for some, the opportunity to continue studying and competing at the sport they love while in Mexico holds great appeal.”

So, when the action kicks off on Saturday at 3pm ET / 12 noon local time, Flores will line up in the home jersey of the CONADEIP All-Stars, hoping not to pass to a player wearing the familiar red, white and blue of Team Stars & Stripes on this occasion.