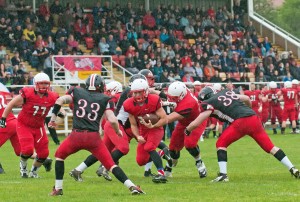 The North Central Cardinals scored 82 unanswered points against the East Kilbride Pirates, but the result on the field paled compared with the friendships made during a team-building visit with Global Football to Ireland and Scotland.

Having arrived in Ireland, the travel 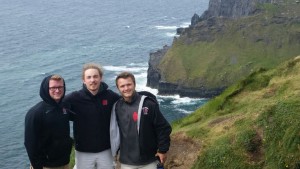 ing group discovered the spectacular Cliffs of Moher and visited the Aran Islands, Galway and Dublin, where they toured Croke Park Stadium, the GAA Museum and the Guinness Storehouse. They made a brief stop in Belfast before catching a ferry to Cairnryan and transfered to Glasgow to prepare for the game against the Pirates. Before returning home, the Cardinals visited Edinburgh Castle and spent time in the nation’s capital.