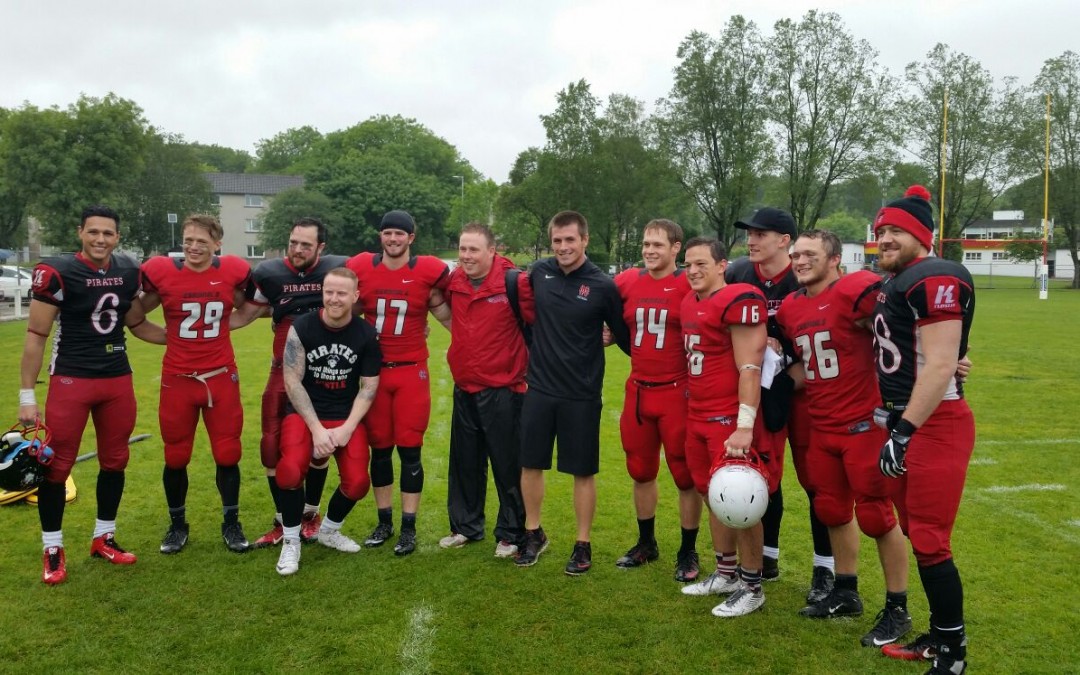 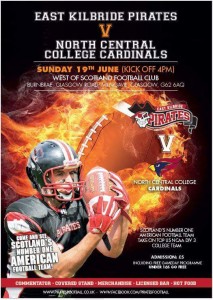 The North Central Cardinals scored 82 unanswered points against the East Kilbride Pirates on Sunday, but the result on the field paled compared with the friendships made during a team-building visit with Global Football to Ireland and Scotland.

Having arrived in Ireland last Tuesday morning, the traveling group discovered the spectacular Cliffs of Moher and visited the Aran Islands, Galway and Dublin, where they toured Croke Park Stadium, the GAA Museum and the Guinness Storehouse. They made a brief stop in Belfast before catching a ferry to Cairnryan and transfered to Glasgow to prepare for the game against the Pirates. Before returning home this week, the Cardinals will visit Edinburgh Castle and spend time in the nation’s capital.

Special teams produced the first points of the contest as defensive back Jason Ococha returned a punt 70 yards for a touchdown and an early 7-0 lead after the Pirates had been forced thee and out on the game’s opening possession. 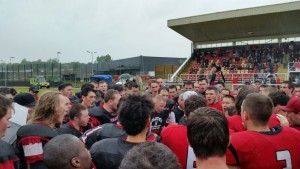 Dibble then reeled off three scores on the ground from 11, seven and 19 yards out to close the first quarter with North Central leading 28-0, Crotty having successfully made all extra point attempts.

Bart Diehl opened the second quarter with a 21-yard run for a 35-0 lead and lineman Alec Licar got in on the scoring action with a fumble recovery for a touchdown. The Cardinals then went to the passing game as Miller found Cory Hartema from 24 yards out and Alex Ulmer from 44 yards for touchdowns. Dibble’s fourth venture to the end zone opened a 61-point halftime advantage.

A goal line interception by Michael Sfikas denied East Kilbride points on the board after the interval before a Mike Riggio run made it 68-0. Dibble completed his personal haul from four yards out and Derrek Warkenthien rushed into the end zone from the same distance to complete the scoring.

The North Central overseas visit was the seventh and final Global Football overseas spring tour of the 2016 season and marked the fourth time the Cardinals have traveled with Global Football, having previously been to Spain (2013), Switzerland (2009) and Italy (2006).