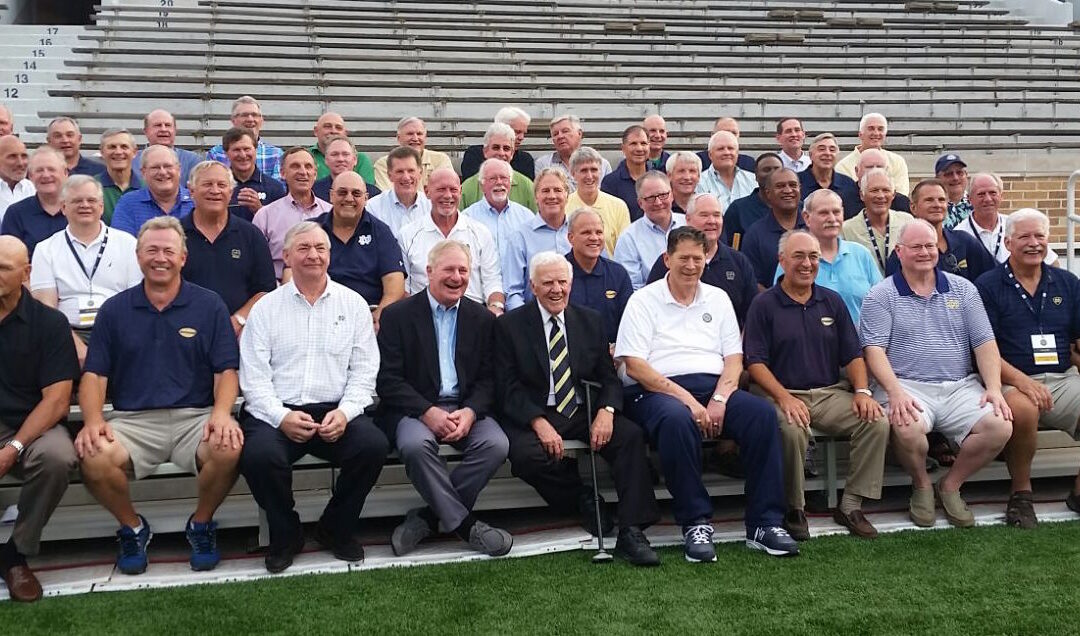 Global Football President Patrick Steenberge was a member of the storied 1970 Notre Dame football team that came agonizingly close to winning the college football national championship. The Irish might not have topped Nebraska from the poll summit, but they did inflict a rare defeat on Texas in the Cotton Bowl, ending a 30-game Longhorns unbeaten streak.

This University of Notre Dame website story gives a great account of the triumphant 1970 team, but take a minute first to enjoy the memories Patrick Steenberge has from that season. He just returned from South Bend having shared some great recollections with his fellow players from that era as Notre Dame organized a reunion for those athletes, 45 years later.

“I can vividly recall the 1970 season at Notre Dame, having worked my way up the depth chart in the spring from number 12 to number two behind Heisman Trophy candidate Joe Theismann.

“I was able to get into nine games, as Ara liked to get playing time for his backup quarterback whenever possible.

“We were able to go undefeated until the USC game in the torrential rain on our final weekend in the Los Angeles Coliseum. Joe T. was unstoppable, throwing for more than 500 yards, but we also couldn’t stop the Trojans and ultimately lost.

“Then we got invited to return to the Cotton Bowl against the Texas team that had a 30-game winning streak and back-to-back national championships. But Ara had us so well prepared that we went onto the new turf field with total confidence, scoring the first three times we had the ball.

“I recall the vivid blue skies, warm air, bright colors and pretty Texas ladies, and noted that this might be a good place to live! Joe did get slightly injured in the second quarter so I saw some playing time, which was a thrill.

“The post-game locker room was amazing and still rings in my memory.”