Let’s Go! The new podcast available through Spotify and other platforms, hosted by Global Football founder and president Patrick Steenberge, embraces a military theme this week for the show’s latest three episodes.

During the ongoing series, Patrick talks sports and motivation with entertaining leaders, highly accomplished coaches and decorated athletes, who live a life of clarity and decisiveness. Each episode features individuals who will entertain listeners with anecdotes about their personal journeys, their own challenges, their wins and losses.

Steenberge noted: “I believe each person who listens to these accomplished leaders will be inspired, entertained and motivated to be a better Team member, and better Leader themselves. These individuals have overcome adversity and gone onto the highest level.”

Everyone who gets to know the friends and associates Patrick and Global Football have made during 25 years of traveling the world through these half-hour spirited discussions will then be more eager to face their own daily challenges and be more fired up to lead and to be a superior teammate. This is a podcast about how you can truly impact the world. Search for ‘Patrick Steenberge’ on Spotify to start listening today. Let’s Go!

Featured among the military-themed episodes are: 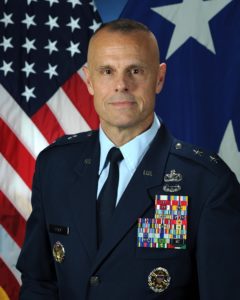 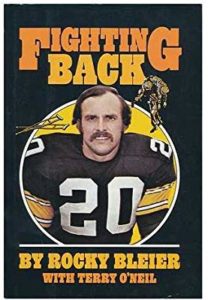 Rocky Bleier won a coveted college football national championship with the University of Notre Dame in 1966, served as Irish team captain in 1967 and was then drafted by the Pittsburgh Steelers. He will serve as the honorary chairman of Global Football’s 2020 Dublin High School Football Showcase in Ireland this August. Bleier won four Super Bowl titles as a member of one of the NFL’s most legendary teams, during a professional career from 1968 to 1980. After his rookie season with the Steelers, Bleier was drafted into the U.S. Army. Following a tour in Vietnam, during which he suffered injuries that were expected to end his football career, he was awarded the Purple Heart and Bronze Star. Steelers owner Art Rooney fully supported his lengthy rehabilitation and “Rock” returned to record 3,865 rushing yards, 136 receptions for 1,294 yards, and 25 touchdowns, including a scoring catch in Super Bowl XIII. Bleier’s incredible story is told in his autobiographical book Fighting Back, which relives his life story, from his youth in Wisconsin, to Notre Dame, to Vietnam and then his lengthy recovery from being injured in battle. Ultimately he played at the highest level in the NFL, and now is a highly-sought motivational speaker. Book proceeds are donated to veterans’ charities with whom Bleier works.
Episode link: https://open.spotify.com/episode/61bvjGDDUGwwXQZ0XWzzAW 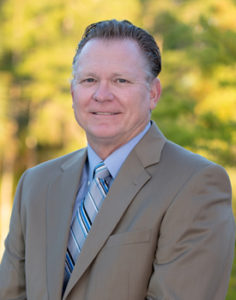 Col. Bart Weiss is the director of athletic operations at Community School of Naples in Florida, who traveled to Ireland with Global Football in 2016 and will return for the Dublin High School Football Showcase this August. A graduate of the USAF Academy, he was born in Muskegon, Michigan, but grew up in Naples and graduated from Naples High School. At the Academy he led the 1985 Falcons to a 12-1 record and #4 national ranking. Bart was recognized as a Heisman Trophy finalist and Davey O’Brien runner-up. He retired from the United States Air Force after nearly 30 years of service, and during his career in the Air Force he led and commanded flying squadrons and multiple operational units worldwide. In addition to these leadership experiences, he served in Washington D.C. working alongside both military leaders and members of Congress, including piloting AF One and AF Two during the Clinton/Gore administration. Over his last 15 years in the service, he deployed to the Indian Ocean, Iraq, Afghanistan, Turkey and Saudi Arabia. During his last five years, he led 480 cadet-candidates through a balanced curriculum of military training, academic education and athletic competition. As Deputy Athletic Director of the USAF Academy, he transitioned the Academy’s Athletic Department from a government-based organization to a $42 million non-profit corporation, oversaw 27 NCAA Division I athletic teams and supervised physical education and fitness programs for 4,000 USAF Academy cadets.
Episode link: https://open.spotify.com/episode/2oXPFOeXuyl2d4dkLZFyJj