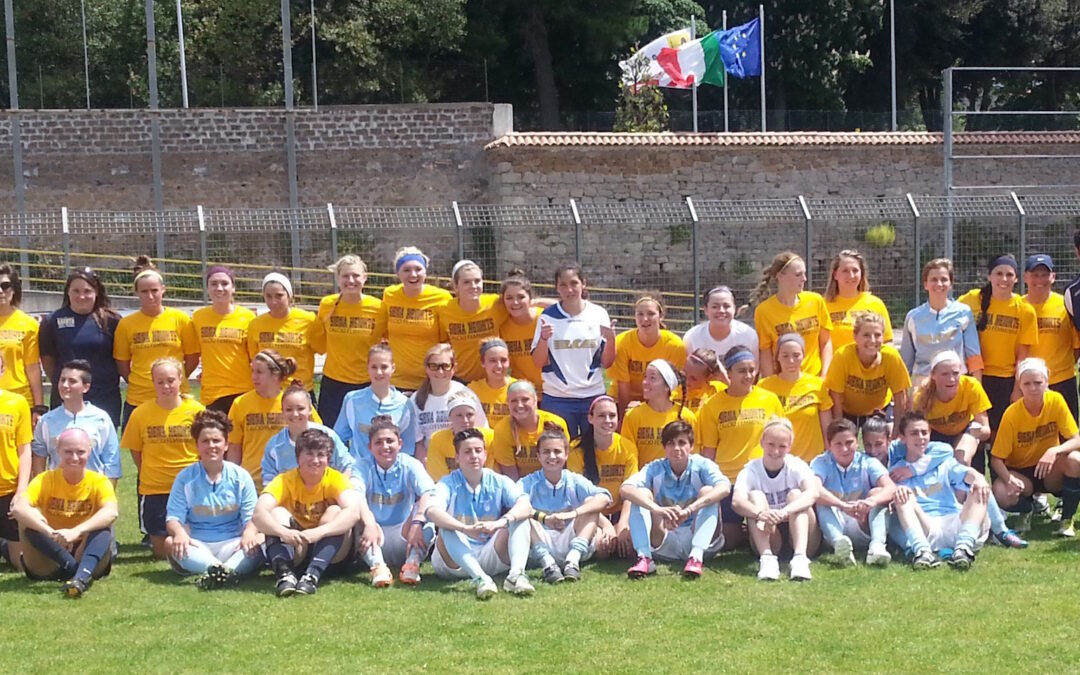 Madrid is the place to be right now for soccer fanatics the world over and that is where the Siena Heights University women’s soccer team is heading on Monday, May 9.

The Spanish capital’s two prominent professional soccer clubs – Real Madrid and Athletico Madrid – both qualified this week for the prestigious UEFA Champions League final, to be played on May 28. The Saints women’s soccer players will be in the city celebrating the success as they travel to Europe for a second time with Global Football and will tour the famous Real Madrid Santiago Bernabéu Stadium as part of their sightseeing.

“Traveling aboard is a great experience for our team and our parents,” said head coach Scott Oliver. “It helps bring them together and creates life long memories, stories, and friendships, while still getting the chance to compete and play at the highest level.

“As this is our second trip with Global Football, we think that they have given us an opportunity to instill a family-like community for not only us but our parents and others that have signed up to accompany us on this journey.”

The Siena Heights women’s soccer team (17-4-0) was listed as the 16th-ranked squad in the NAIA following the 2015 season having finished second in the Wolverine-Hoosier Athletic Conference and advanced to the WHAC Tournament final before falling to eventual national semi-finalist Northwestern Ohio, 2-0.

Head coach Scott Oliver took over the program in 2001 and has led the women to four Wolverine-Hoosier Athletic Conference regular season championships and four WHAC Tournament titles. He has led the Saints to the NAIA Tournament on five occasions (2002, 2006, 2008, 2009, 2011). The success of his teams has garnered Oliver accolades of his own. He is a two-time WHAC Coach of the Year (2002, 2009). In 2006, he was the NAIA Region VIII Coach of the Year.

While away from the soccer pitch, the traveling group will enjoy the sights of Madrid, a walking tour of the city of Zaragoza, spend time at the beachfront town of Sitges, and also visit Barcelona before returning home on May 17. In the Catalan capital, they will tour the famous F.C. Barcelona Camp Nou Stadium & Museum, Park Guell, Montjuic Olympic sites and Sagrada Familia and take in a flamenco performance.

Global Football President and founder Patrick Steenberge will join Siena Heights in Madrid. “It is exciting to welcome back and travel with Coach Oliver and his team of dedicated young ladies to Europe,” he said. “During the past two decades, we have focused primarily on ‘American football’ teams’ travel, but I am happy to broaden our offerings to include the other football, or soccer, and hope more teams will follow the lead of Siena Heights. This summer we are also taking a swim team to Ireland; it is all sports and global travel!”

In 2014, the Siena Heights women’s soccer team traveled to Italy with Global Football, touring Sienna and Viterbo and faced two Serie A club opponents, Lazio and Firenze. That visit was in association with the men’s football team, but for the first time, the Saints are traveling as a separate entity.