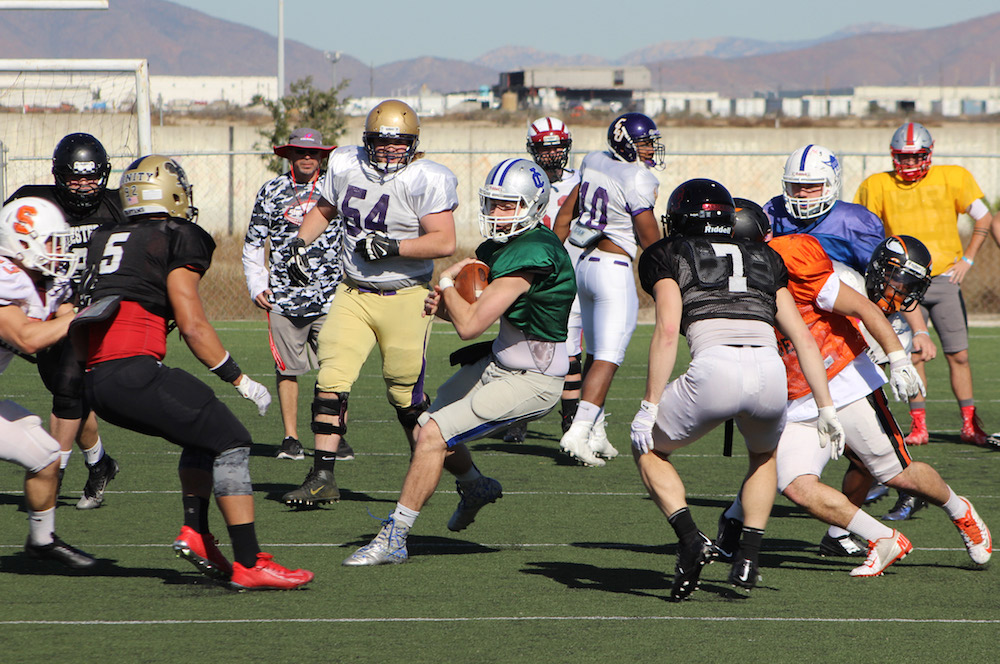 They meet for a seventh time, the series between the traditional rivals tied at 3-3 in the annual Tazón de Estrellas (Bowl of the Stars).

Kickoff is at 3pm ET / 12pm local time and the much-anticipated game will feature in a live webcast at http://www.cetys.mx/envivo/.

A total of 27 NCAA Division III schools are represented on the 41-man roster of Team Stars & Stripes under the guidance of fourth-year head coach Don DeWaard (Central College). The Mexicans, whose players are drawn from 13 different cities, with head coach Horacio García Aponte at the helm, aim to build on last year’s 31-17 home win in Puebla, which broke a two game winning streak by the Americans.

Patrick Steenberge, President of Global Football and General manager of Team Stars & Stripes, said: “It is an honor to be able to provide this opportunity for these great young men, and I am grateful to our entire staff who donate their time to help out. Every year this game is a special post-season game for some of the very best NCAA Division III senior football players.”

The week so far…

Team Stars & Stripes Team Stars & Stripes had two 90-minute practices at CETYS Universidad on their new turf field during the squad’s first day in Mexico, and also spent two one-hour sessions installing the offense and defense prior to each practice. The squad had dinner and watched Monday Night Football with the U.S. Consulate at the team hotel in the evening. On Tuesday, two practices were held at the Universidad Autonoma De Baja California, a public University in Tijuana.

“I am pleasantly surprised with their athleticism and their knowledge,” said offensive line coach Rob Cushman from Minnesota-Morris, who traveled to France with Global Football with his Augustana College team in 2013. “They are going to be a good group. They have all come from good programs and have been well coached. They picked up our system quickly and were aggressive with it. I am excited with this group.”

Defensive coordinator Ron Planz (Elmhurst) added: “With only six D-Linemen and an abundance of linebackers, we chose to go with a 3-4 defense. That way we can have a conventional two-deep and play to the strengths of our players. They have picked up our schemes quickly and we are excited about the defensive unit. We want to slate and angle up front and bring linebackers to cause confusion with the blocking schemes for the Mexican offense.”

Secondary coach Tripp Merritt from Susquehanna University added: “In just two days we have progressed tremendously. I’ve really been impressed at how quickly the guys have picked it up. We have a lot of coverages installed already. The guys are having fun and playing hard and fast.”

George Vidas, WR, Lake Forest (Ill.)
“It’s been great to meet all of the new people. I’m down here with a high school friend of mine (Javier Rivera of Eureka), so that’s been cool. It’s great to be back playing football.”

Brandon Stiers, DE, Augustana (Ill.)
“I got lucky because I’m familiar with the scheme we are using on the defensive line. Picking up the D was easy for me. It’s been really fun. It’s the top players from each of the schools represented here, so you know the other guys have your back if the ball gets past you.”

Taylor Shellman, OC, DePauw (Ind.)
“I ran the offensive line at DePauw and it’s similar here. I’m learning my teammates, getting all of us on the same page. We have a very good D-Line to practice against here, so that’s been fun.”

Andrew Bryan, LB, John Carroll University (OH)
“It’s been an awesome experience so far. Our defensive calls have been pretty simple and I think we have all picked it up quickly. The terminology is different, but as long as we communicate it will be fine.”

Out and about in the community… 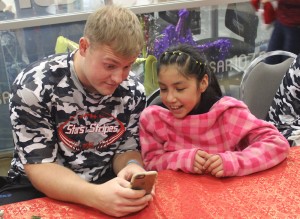 Every year, interacting with the local community is a key component of the visit to Mexico. The fact they are playing football on the weekend often becomes irrelevant when the Team Stars & Stripes players, coaches and staff immerse themselves in a local neighborhood as part of their community service commitment during the build up to the game.

On Tuesday, young children from the Santa Teresita del Nino Jesus orphanage visited with the team in the CETYS gym after the day’s second practice. Quite simply, in the words of Ohio Northern University Sports Information Director Tim Glon, whose photos captured the highlight of the trip so far: “it was a pretty amazing night.”

The roster might change annually for Team Stars & Stripes as a fresh crop of college seniors heads south of the border each December, but there is one constant at the Tazón de Estrellas: referee Bill LeMonnier, who will take charge of the game for the fifth time.

LeMonnier officiated the 2011 BCS National Championship Game between Auburn and Oregon and in 20 seasons with the Big 10 Conference, was honored with 16 Bowl assignments. Joining him is center judge Mario Matos, who has officiated previously at the Tazón de Estrellas and the Global Kilimanjaro Bowl (Tanzania, 2011). They will be joined by Alex Barinaga and Big 12 official Brad Van Vark, and by Mexican officials Edmundo Rubio, Sergio Avila, David Avila, Ivan Veronico and Ricardo Siller.

In 2011, the Tazón de Estrellas was played at El Tempo del Dolor in Puebla. The CONADEIP All-Stars triumphed 45-27 over Team Stars & Stripes, drawn from 28 D-III colleges in the United States, in front of a close to capacity crowd. After the visiting Americans raced to a 14-0 lead early in the game, their Mexican hosts scored 38 unanswered points to take control of the game. Team Stars & Stripes gained some offensive momentum in the fourth quarter but two late touchdowns were not enough to make a dent on the final outcome.

Global Football president Patrick Steenberge has developed and organized the Tazón de Estrellas in association with CONADEIP and Division III schools in the United States since 2009, having also produced the Aztec Bowl for 11 years 1997 to 2007, making this the 18th year that Global Football has been able to bring top NCAA Division 3 seniors to Mexico for a weeklong cultural football experience that is unrivaled in college football.