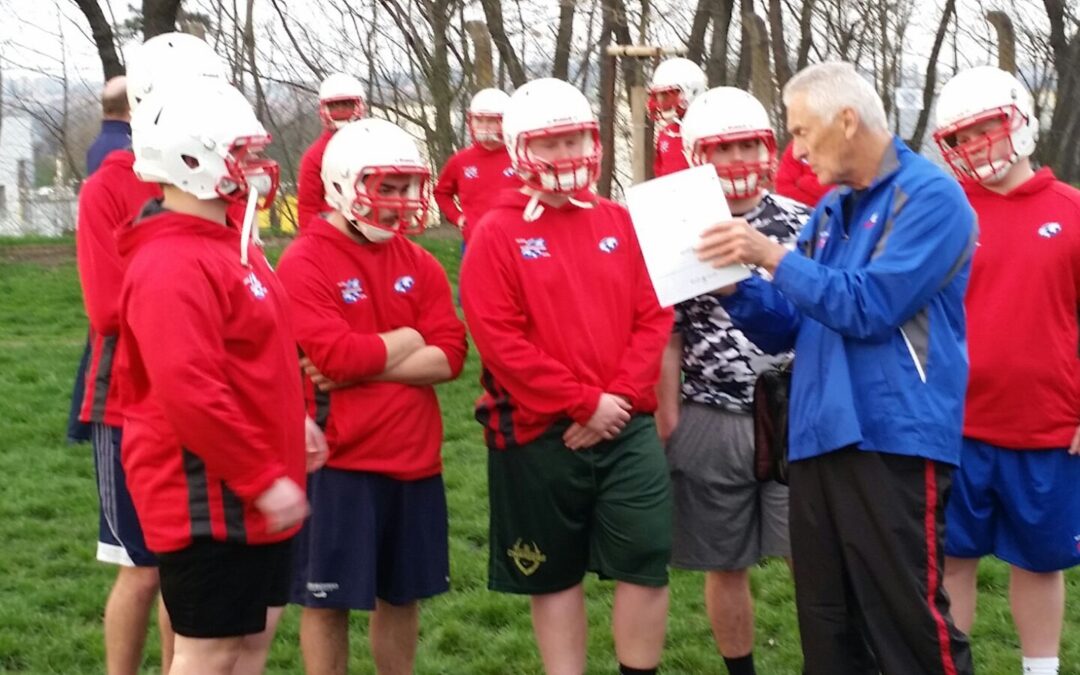 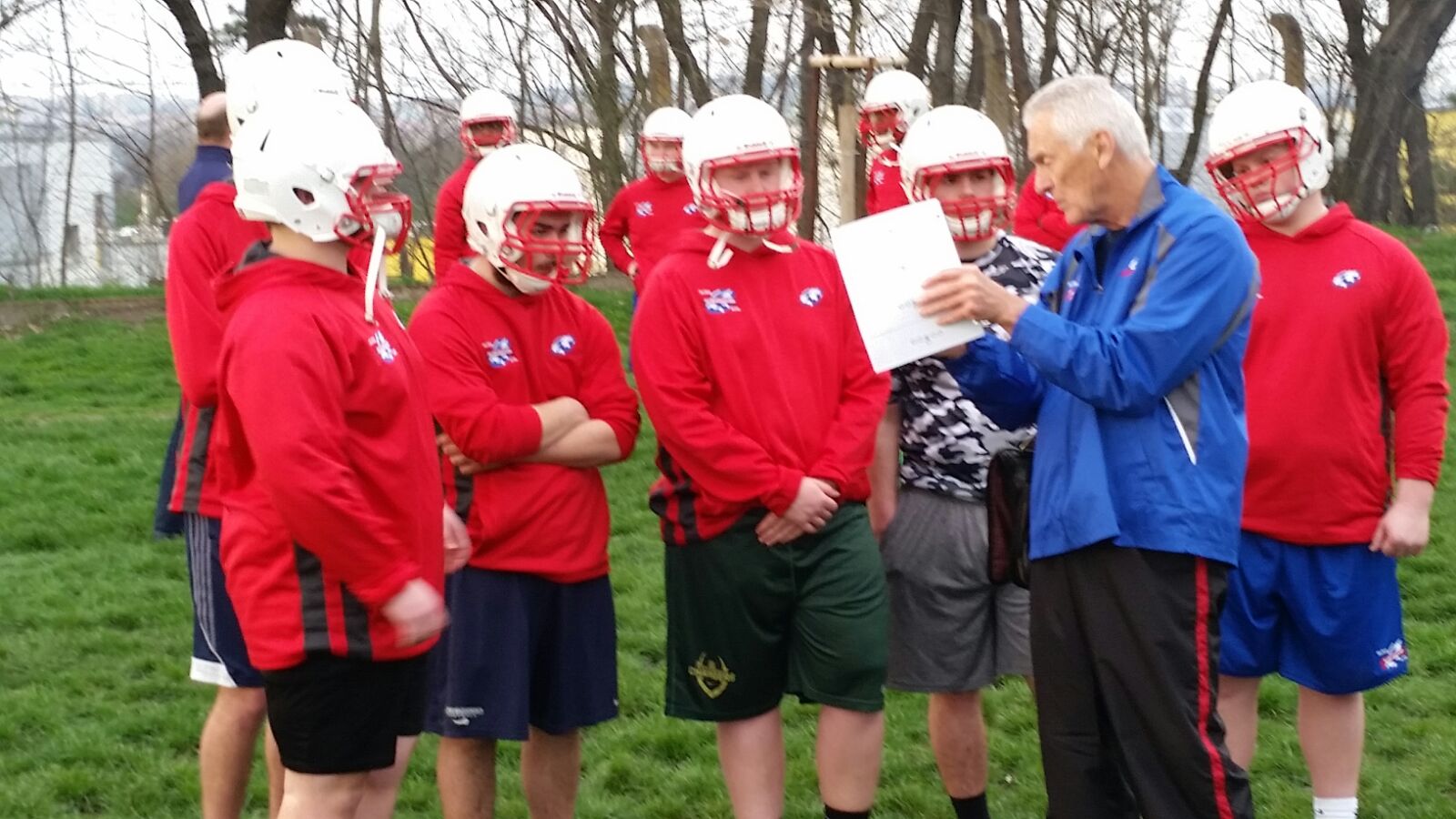 Team Stars & Stripes, with senior student athlete ambassadors from eight different states, have quickly bonded into a team both on and off the field.

The teenagers all arrived on Sunday in Prague, Czech Republic, and although a bit jet weary from travel, were eager to walk the streets of historic city center and then gather for a basic in-the-park walk-through introduction session where guys lined up in positions, learned the terminology our coaches use, and enjoyed the ambiance of the twin guitar players and Sunday afternoon tailgate gathering of the locals.

On Monday morning they rose to a clear and cool day, ideal for a real on-field practice where local club the Prague Lions train, coached by Zach Harrod. Coach Evan Sharpley got all stretched out on the good artificial turf, Coach John Storey worked with the offensive line, while Head Coach Bill Gallagher directed the action. 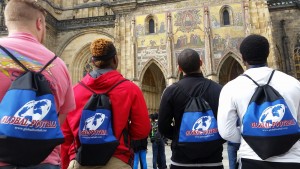 The players ran hard, were amazingly crisp despite their travel aches and the time since their last games, and all laughed at the antics of some of the characters we have on the squad. After a full lunch and personal introductions back at the classy Marriott Courtyard Hotel, we hit the highlights of Prague. Prague Castle and the Cathedral of St. Vitus were totally impressive, having been built over a period of 600 years.

Tuesday’s practice was even better, as the coaches and players were able to install basically all the offense and defense, as well as punting, punt return, extra points and field goals. 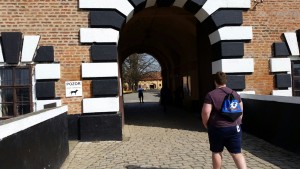 The afternoon was sobering, but overwhelming from a historical aspect as we toured the Nazi town and internment camp Terezin, about 45 minutes north of Prague. Many commented that while they had studied World War II history in school, this made it all come alive.

While crossing the Charles Bridge from Prague Castle we met a group of teenage girls from the Basque Country of Spain, who taught our boys a traditional line dance…. lots of laughs, instigated by Carl Stacey and Connor Lesko.

Led by Jackie Sharpley, wife of Coach Evan, aka Prince Wenceslas, led the team in search of the traditional ‘Trdelniik’ snack sold on the streets, a pastry cone filled with nutella, ice cream and fruit.

We have a strong line, fast receivers, tough running backs and two solid quarterbacks, so while we have no idea about how good the German team will be, our team should be able to hold our own.

One of the true blessings is our coaching staff, led by Cleveland’s John Storey with 51 years experience, and Bill Gallagher with 44 years coaching. Mix in personal trainer and consultant Evan Sharpley, and our players are getting excellent tutoring and leadership.