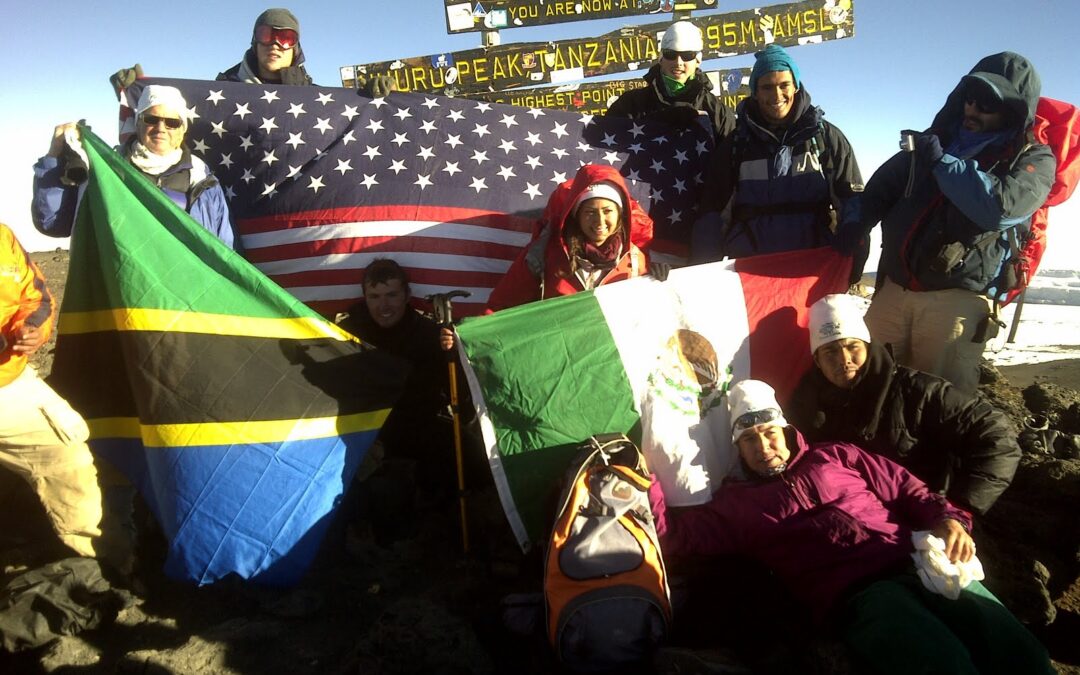 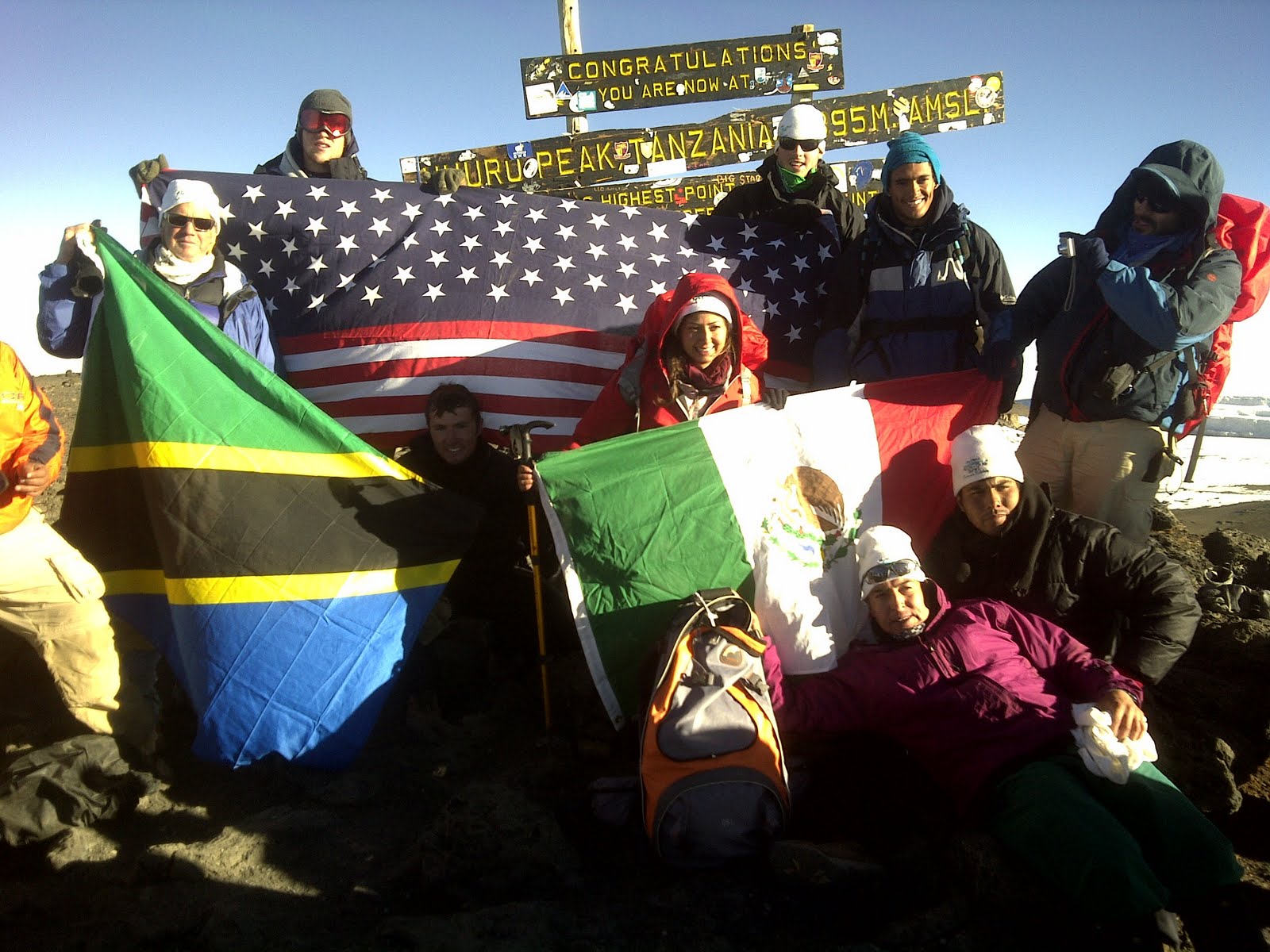 It seems fitting that in a week when Global Football announced its Adventures Travel initiative, we take a look back at the scaling of Mount Kilimanjaro by the largest group ever to stand on the rooftop of Africa at one time.

Back in 2011, the players, coaches and staff of Drake University from Iowa and the CONADEIP universities of Mexico joined Global Football President Patrick Steenberge at Uhuru Peak as the sun rose over the Serengeti. A few days earlier, they had made history by playing the first-ever game of college American football on the African continent.

This wonderful story is best told in Patrick’s book Tupande Kileleni, which means ‘let’s climb to the summit together.’ Here is an excerpt from the chapter that describes the moment they reached the summit of Mount Kilimanjaro.

As my vision slipped over the cinder crest and looked ahead to the gravel bowl below, and onto the very near actual summit just around this caldera, I also gazed upon the heavily jacketed silhouette of Coach Chris Creighton as he ambled toward me along the ridge from the east. He had a huge sparkling smile shining through his weathered cheeks, further darkened by his five-day growth of beard. I eased a few steps in his direction; we instantly locked eyes, embracing as only two brothers of kindred spirit could do, as two sons of God were moved to do, giving thanks for our many gifts and for the safety and success of everyone with us.

Chris Creighton is simply an amazingly wonderful man, whose idea this was. I felt so blessed and proud to be able to share this moment, this gift with him, and with his Drake team, along with the Mexican team, which had also performed so admirably.
After the two teams met at Gilman’s Point, arriving in scatterings of three to eight persons each over about a half-hour’s time, we gathered and completed the last hour of our climb together, as one team, reaching the summit of Mount Kilimanjaro. While not steep, this final stretch still took all of our remaining effort due to the lack of oxygen at this altitude and the fact that we had hiked through the night for eight hours.

Just as we reached Uhuru Peak, the highest point of Kili, the sun rose; just enough to light up the entire side of the mountain.

At 19,341 feet, with incredible exhilaration, we felt like kings on top of the world!

There were hugs, kisses, sweat and tears.

Not only did we have the personal satisfaction of making it to the highest point in Africa, but our teams had also made history. Of the 135 people who began this hike together, 90 percent reached the top! Never before, that anyone could find, had 120 hikers stood on the top of Mount Kilimanjaro at one time!

As soon as I reached the summit I proudly pulled from the top of my backpack three prized items that, while extremely light in weight, did bear down on me throughout the five days’ hike. They manifested upon me the burden of knowing I could not fail to bring the national colors of Tanzania, Mexico, and the United States of America to the top of Kilimanjaro. These three symbols stood as the props for everyone’s photos, proudly flapping in the bitter, steady wind rising up from the south face and hurling itself over the rocky summit.

All together we represented three nations standing in unity on top of Africa!

What an incredible experience that journey to Tanzania proved to be!