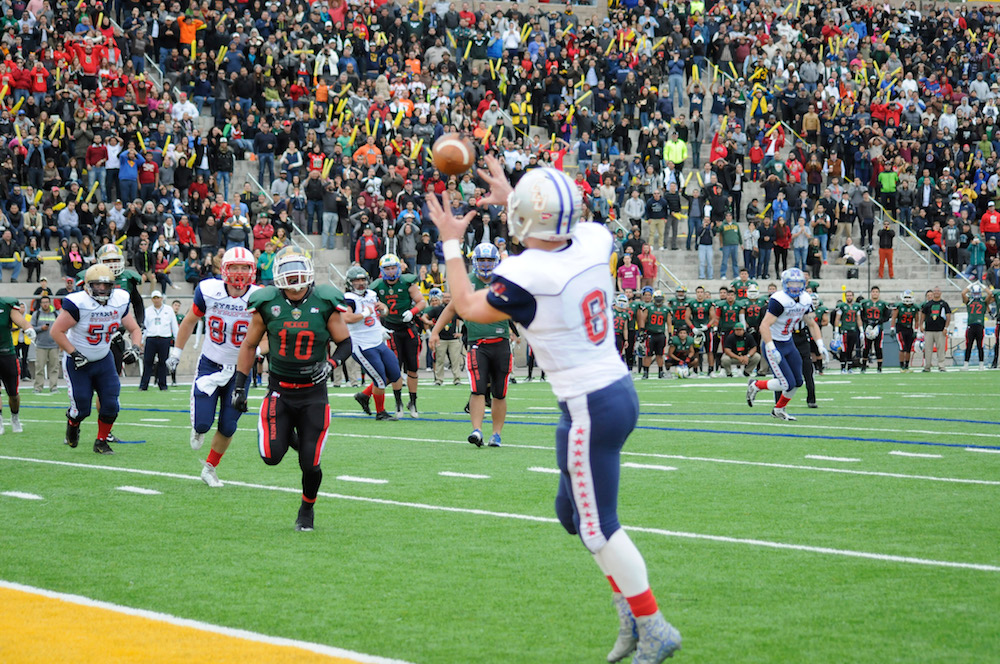 A squad of 54 college seniors selected from 22 NCAA Division III schools will come together to form Team Stars & Stripes to head to Mexico for the eighth annual Tazón De Estrellas from December 10-18.

An experienced coaching staff will lead Team Stars & Stripes against the host team CONADEIP All-Stars at Zorros Stadium at CETYS University in Mexicali on Saturday, December 17.  The Americans lead the series 4-3 over their rival in the Tazón de Estrellas and Head Coach Don DeWaard holds a 3-1 record.

The 54 players are scheduled to arrive in Mexico on Sunday, December 11, and in addition to installing their game plan during daily practice sessions at CETYS University, will conduct a service project with local youth and will enjoy a visit to the San Felipe Beach in Baja.

The offense will be led by quarterbacks Riley Gray from Central College and Brian Hicks of Southwestern University.  Gray earned 2016 First team all-Iowa Conference honors with a 64.5 completion percentage, was second in the league with 24 passing touchdowns and his seven rushing touchdowns were tied for third in the league.  Hicks led the Southern Collegiate Athletic Conference with a pass efficiency rating of 138.3, earning a First Team selection, after he completed 139 of 328 passes for 1,692 yards and 14 touchdowns.  Download player bios here.

“We are overwhelmed by the interest among top quality D3 seniors from coast to coast, wanting to represent America, Division III football and their particular school in the Tazon de Estrellas,” said Global Football President and Team Stars & Stripes organizer Patrick Steenberge.  “We have had to turn down a number of deserving young men in recent days due to our roster size and demand.

“Having 22 schools represented is wonderful, and a testimony to the efforts of John Roslien, our Director of Player Operations. He has been by my side for the past 19 years as we create Team Stars & Stripes and take them on another amazing Mexico experience. We are all eager to get there and share a week of football, friendship and culture.”