We’re Back In China… Again 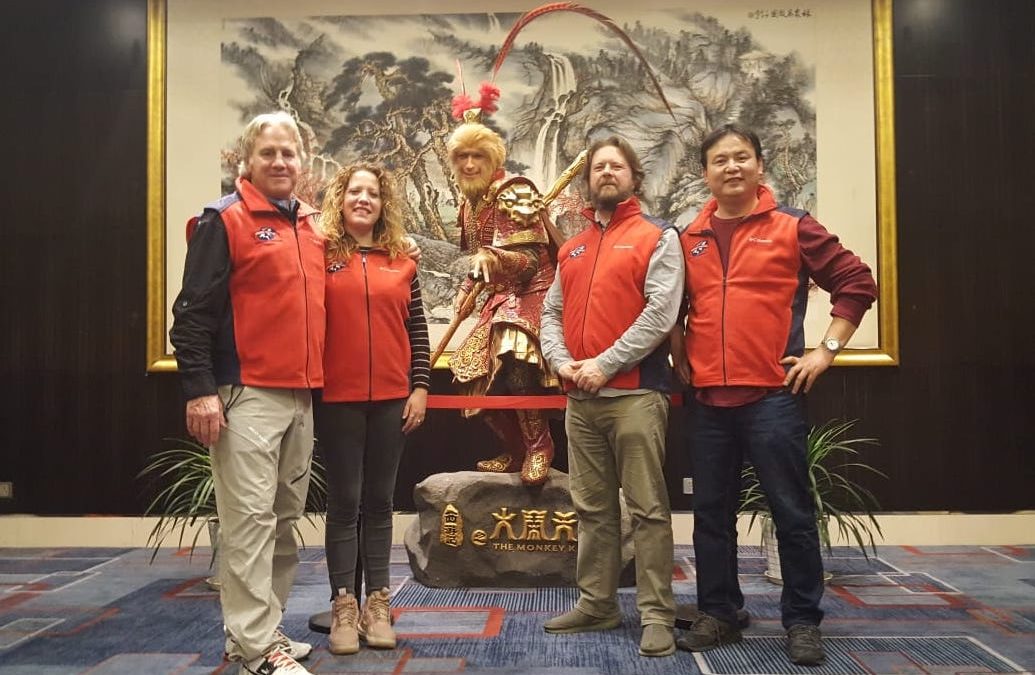 We’re back in China… again.

If there’s a touch of Forrest Gump about that line, it’s intentional. After all, he was over here (supposedly) during the period of Ping Pong Diplomacy in the 1970s and now, some forty years later, as the United States and China celebrate the decades of diplomatic relations that followed, Global Football is in China furthering sporting relations… again.

This is the first time an Ivy League school has traveled to China to play a game the world outside our borders calls American Football, but for Global Football, this is our fourth such event. The Quakers will indeed make history when they face the China All Stars in Shanghai next weekend, thanks to Global Football being at the forefront of giving American college and high school student-athletes the opportunity to visit this incredible country.

It started for us quite recently, back in 2017, when China became the 28th nation on six continents Global Football has visited since 1996 with travelers eager to broaden their horizons and enjoy exciting life-experiences. The Global Ambassadors Bowl featured a select roster of high school seniors from across the country representing the U.S. as Team Stars & Stripes scored 56 unanswered points against the American Football Academy (AFA) at the Shanghai Lixin University of Commerce Stadium.

“This game wasn’t about the final score, it was the opportunity to expose the host players here in China to a quality of play they have never seen before and to challenge their abilities,” said Team Stars & Stripes coach Chris Adamson at the time. “The clinic we held before the game was well received by youngsters who were very eager to learn, and this is what this whole journey has been about: teaching young people, whether they are visiting from the United States and discovering a new culture or are from China and are learning about our sport.”

That is the crux of the visits Global Football makes to China. The travelers discover a new culture, form new friendships and play a game of football on foreign soil, but just as important is the opportunity to help develop the game overseas. In China, the sport we have played for 150 years at the collegiate level and coming up on a century in the NFL, is very much in its infancy. Coach Adamson and his traveling staff held a coaching clinic for the local players eager to learn more about the sport, so did teams that followed, and so will the Penn Quakers when they visit this month. Everyone we encounter in China is as eager to learn about American football as they are proud to share their centuries-old culture with us.

Later that spring of 2017, we took the University of Puget Sound on a similar journey and they faced the Shanghai Titans, whose players will form the majority of the squad lining up against Penn on March 9. While in China, the Loggers visited Tiananmen Square and the Forbidden City, the Great Wall of China, the Beijing Olympics Bird’s Nest Stadium and the Ming Tombs on the Sacred Way. They took part in a Taiji lesson and watched a Kung Fu show and traditional Chinese tea ceremony. Having taken the almost five-hour train journey to Shanghai, the Loggers went on a Huangpu River cruise, and visited the Yu Yuan Garden and Jin Mao Tower. We can fit a lot into a schedule on a week to ten-day visit when travelers are eager to discover.

Then in 2018, Drake University became the first Division I NCAA football program to play a game in China as they spent ten days focusing on serving the local community with a series of projects and also a challenging eight-hour climb of the Great Wall. And, of course, hosting a clinic prior to game day was among the Bulldogs’ priorities.

“Global Football continues to do great work in bringing the sport of American football around the world and Drake’s visit to China is another excellent example,” said NFL China Managing Director Richard Young. “The clinics and drills will help further develop the skills of the local Chinese football teams and the American Football Celebration activities will be enjoyed by the growing number of fans in China.”

And now it’s the turn of the University of Pennsylvania Quakers to further the development of our sport in China as they embark on the journey of a lifetime with Global Football from March 2-10 in the Penn-China Global Ambassadors Bowl. Be sure to follow along here at GlobalFootball.com and through social media: Twitter @GlobalSportsGuy / Facebook & Instagram @GlobalFootballLtd.