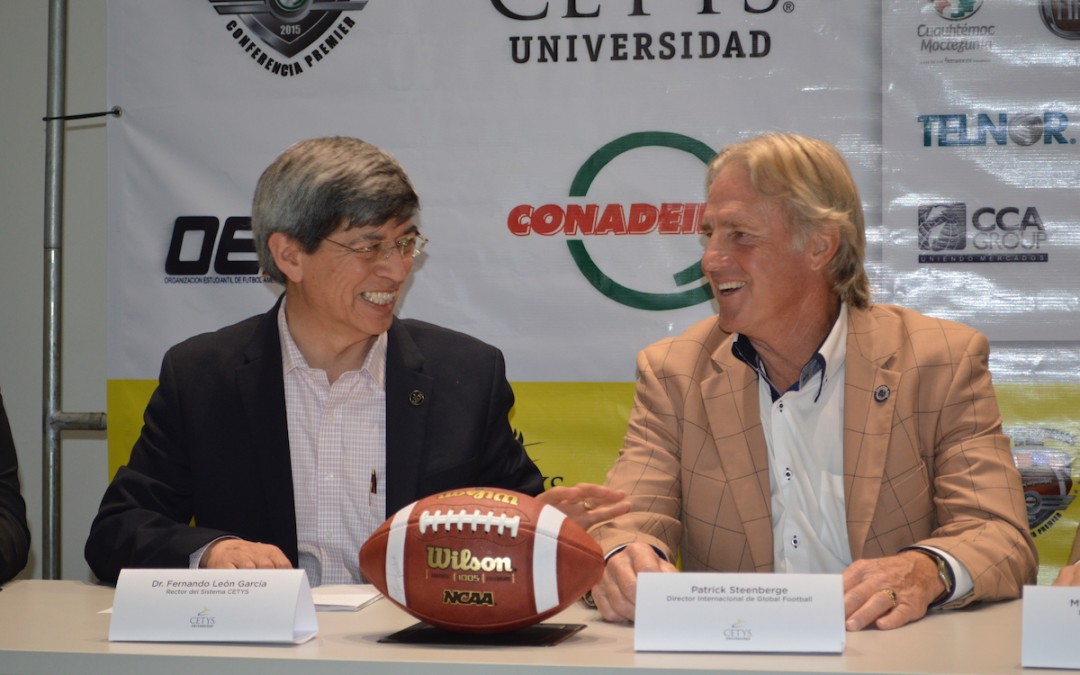 At a press conference in Mexicali, President of Sistema CETYS Universidad, Fernando Leon Garcia and Patrick Steenberge, President of Global Football confirmed that CETYS University will again host the major sporting event ‘Tazón De Estrellas en Baja 2016’ to be held in Mexicali Zorros Stadium on December 17. A week of activities in Baja will culminate with the now traditional clash on the gridiron.

“El Tazón de las Estrellas is an event for the whole family that year after year has welcomed fans from various parts of Mexico and the United States, and only last year in Tijuana we had about 2,500 attendees,” said Mtra. Jessica Ibarra Ramonet, Regional Dean of Tijuana and Ensenada Campus.

Mtro. Dipp Mario Nuñez, Dean of Campus Mexicali added: “It is a great challenge to create this event and we thank Global Football, whose excellent organization contributes to the success of the meeting between the select NCAA Division III and CONADEIP players, which attracted more than 2,500 people last year, a figure we expect to pass this year. Our stadium in Campus Mexicali is being remodeled and by December 17 will be more than ready to receive everyone who visits for this game.”

Patrick Steenberge of Global Football said: “El Tazón de las Estrellas in CETYS Universidad has been one of the best organized events I have attended. To see so many people of both countries enjoy football and witness everything good that this region can offer, were the main reasons for returning this year.

“I have been working on this event for almost 20 years and certainly the experience in Baja California has been unique. This goes beyond a football game; it is a relationship between the U.S. and Mexico and their universities.”

In 2015, CETYS Tijuana served as the headquarters for the game’s seventh edition, where Team Stars & Stripes was crowned the winner in a thrilling 15-14 last-minute victory over the CONADEIP All-Stars of Mexico.