From Europe To The NCAA D3 Playoff Semi Finals 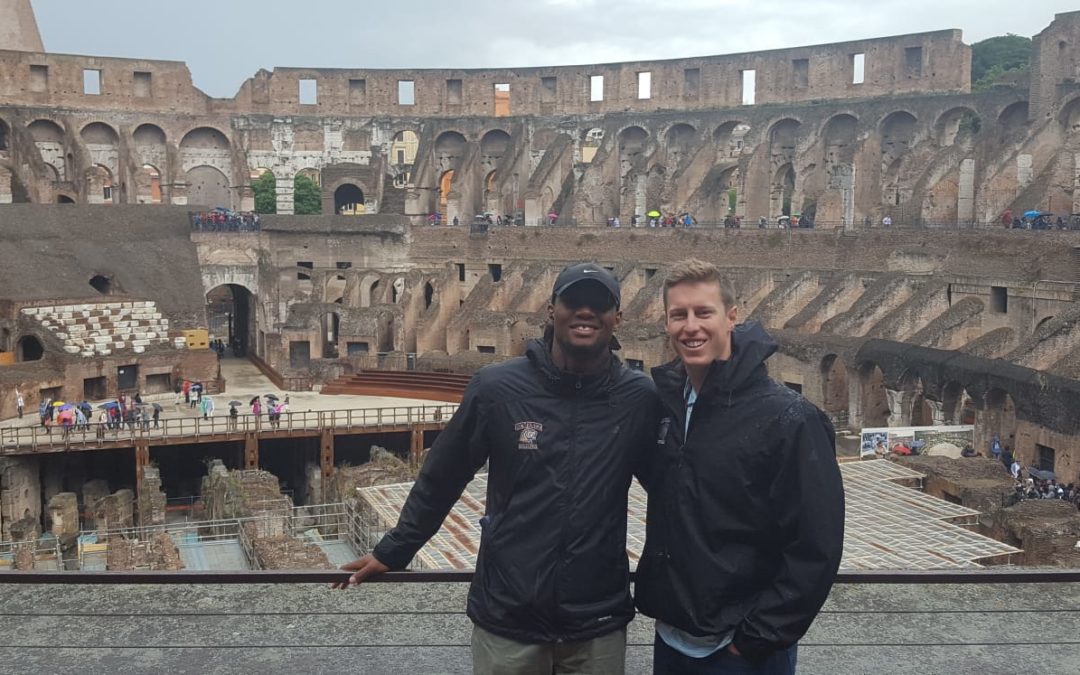 In the late spring of 2019, Muhlenberg College and North Central College kicked off their seasons in Europe while on tour with Global Football. Now, with the NCAA D-III playoffs down to the final four teams in the nation, the Mules and Cardinals meet in the semifinals on Saturday, the camaraderie and team bonding they established while overseas having played a key part in their respective success.

Division III schools are allowed to travel overseas and participate in a competitive game against international opposition every three years, with Global Football leading the way since 1996, broadening the horizons of more than 17,000 amateur football players, coaches, families and fans from 370 schools.

“Coaches usually remark that an opportunity to travel with Global Football during the spring gives their team an edge during the season, due to the rapport they establish so early in the process,” said Global Football president and founder Patrick Steenberge. “Far from being a distraction going into a new season, the chance to spend ten days coming together as a team is priceless when it comes to team unity. We congratulate Muhlenberg and North Central on their success this season and while we wish them both the best, the outcome is sure to be bitter-sweet as there can be only one winner.”

Muhlenberg traveled for the first time with Global Football in May, visiting Italy where they scored on all three possessions in a controlled scrimmage against Guelfi Firenze in Florence, winning 21-0 over a side coached by Art Briles. Now they carry an 11-quarter shutout streak into unchartered semifinal territory as the competition’s top ranked teams meet in Allentown, PA, at noon on Saturday, with all the action live on ESPN3.

“The trip with Global Football truly kicked off the 2019 season for us,” said Mules head coach Nate Milne. “One of the messages we send to our team is to live in the moment, and what a better reinforcement of that message than a once in a lifetime trip to Italy. The Muhlenberg College football team brought a group of individuals together and provided opportunities for them to grow into a team and there really wasn’t a bigger opportunity than our trip with Global Football. The memories and bonding on that trip last a lifetime and certainly this season when you are playing for each other and the team our results speak for themselves.”

North Central visited Germany and the Czech Republic and having arrived in Prague from Berlin, they faced local club side the Black Panthers, who burst into a 10-0 lead. The Cardinals rallied and fought off a spirited comeback attempt by the hosts to triumph 32-16. Heading into Saturday’s clash, they average 53 points and 355 passing yards per game in the playoffs and claimed the scalp of number one seed Mount Union along the way.

One of Global Football’s most intrepid travelers, North Central College have traveled to Europe five times, visiting Germany and the Czech Republic (2019), Ireland and Scotland (2016), Spain (2012), Switzerland (2009) and Italy (2006).