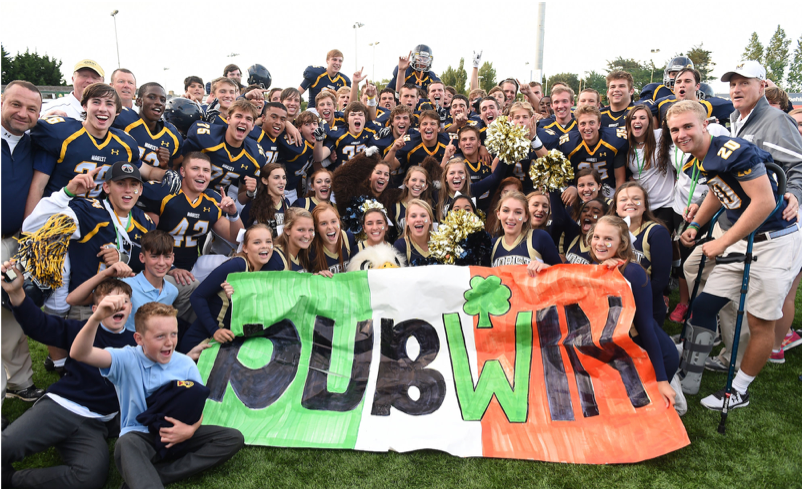 Global Football will host the Dublin High School Football Showcase in Ireland on Friday, August 28, 2020 when teams from the United States head across the Atlantic to play competitive and regular season games in the nation’s capital.

High schools that have committed to the event, which is played in association with the Aer Lingus College Football Classic, will be announced during the coming months, along with the event venues. Limited spots remain for schools to commit to this adventure of a lifetime. All traveling players, coaches and supporters will attend the college football game between Navy and Notre Dame at the Aviva Stadium on Saturday, August 29 – the hottest ticket in town.

“We are arranging some intriguing and competitive matchups between American teams that will excite the people of Dublin, who always provide a warm welcome and support our events in force,” said Global Football president and founder Patrick Steenberge.

“We are delighted to be working alongside the Aer Lingus College Football Series promoters and be part of game-week 2020 which will attract more than 35,000 U.S. visitors to Ireland, which will be a new record of U.S. citizens to ever travel outside of the United States for an event. This latest visit to Ireland will be even more special because Global Football celebrates its 25th anniversary in 2020.”

The teams will train at the impressive athletic facilities of University College Dublin and will experience the local culture through a series of educational tours. Dublin will again be brought to a standstill when all teams and their accompanying bands and cheerleaders join a city center parade on the Thursday night before the games, which will culminate in an American-style Pep Rally in the heart of Dublin City.

This is the fourth time Global Football has organized a high school spectacular alongside college football games played in Ireland. In 2012, a total of 12 teams played a series of double headers at Donnybrook Stadium and Parnell Park in Dublin and at Pairc Tailteann in County Meath. UCD played host in 2014 and then in 2016, local sports fans enjoyed a triple-header of games at Donnybrook Stadium.