From Ireland To MetLife 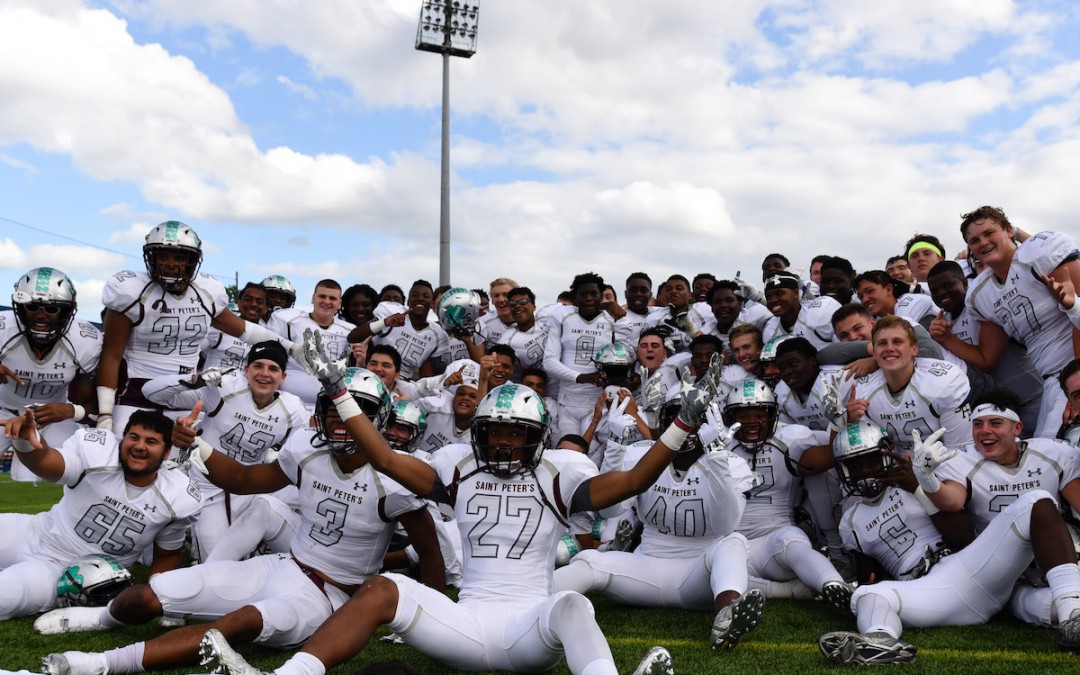 On September 2, St Peters Prep opened the 2016 high school football season with a 41-28 win over Blessed Trinity 3,000 miles from home at Donnybrook Stadium in Dublin, Ireland.  Two and a half months later, after a 28-7 win over Bergen Catholic in the New Jersey Non-Public Group 4 semifinals, the Marauders are heading to Metlife Stadium to play for a state championship.

The win, at the end of a campaign that kicked off on European soil, completes the mantra ‘Start In Ireland and finish at MetLife’ adopted by head coach Rich Hansen

Jorge Portorreal ran for and caught a touchdown and returned an interception to the end zone back in Dublin, setting the tone for the contest, and fittingly closed out Saturday’s playoff win with a 30-yard touchdown reception from quarterback Jonathan Lewis.

Read about the journey ‘From Ireland to Metlife here at NJ.com and re-live the win in Ireland here at Global Football.com, as St Peters Prep heads to the home of the New York Jets and New York Giants in search of a championship.