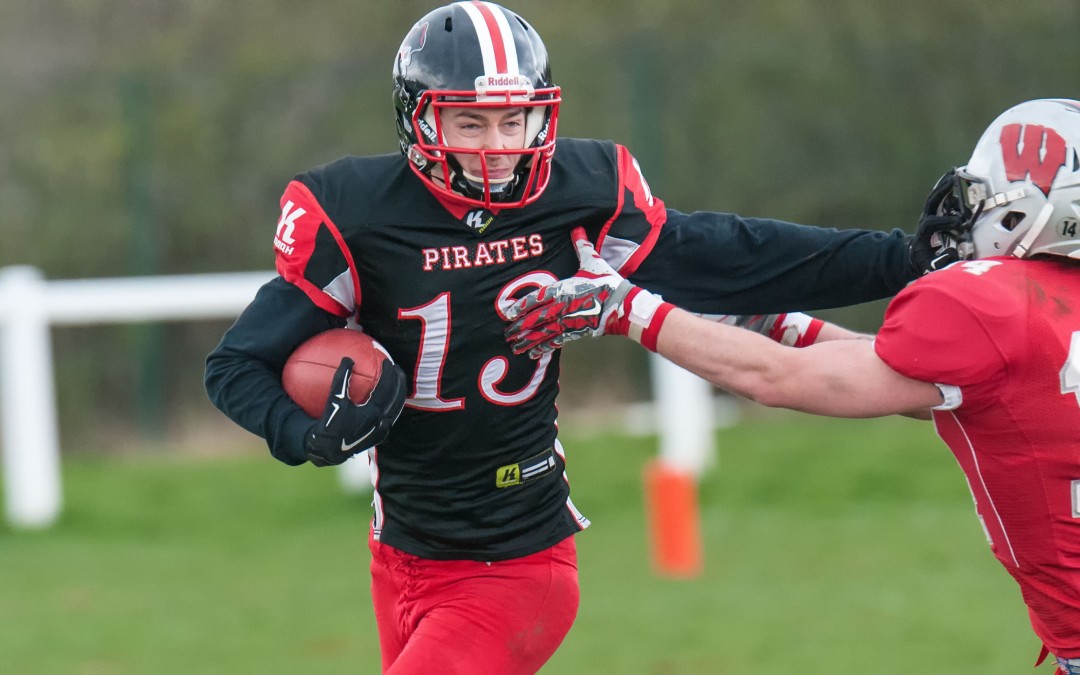 Global Football kicks off a 22nd year of taking American football teams overseas on the sporting and cultural adventures of a lifetime when a total of seven NCAA D-III colleges head to Europe and Asia, beginning next Monday, May 13.

Next week, Southwestern University (Texas) heads to Italy, the University of Puget Sound (Washington) visits China and Claremont-Mudd-Scripps (California) travels to both Ireland and Scotland to open the latest season of Global Football overseas visits.

They will be followed later in May by John Carroll University (Ohio) heading for Spain, Benedictine College (Kansas) exploring Austria, Rose-Hulman Institute of Technology (Indiana) taking in Austria and Germany, and Illinois-Wesleyan University (Illinois) setting sail for Japan.

“We average six to eight spring tours per year, so to have seven schools traveling and expanding into China, where we ventured for the first time last month, is an exciting prospect,” said Global Football Founder and President Patrick Steenberge.  “Most of these schools and coaches have traveled with us multiple times before and we are proud that they choose to work consistently with Global Football to provide a wonderful opportunity for their student-athletes to experience the world and play the sport they love overseas.”

The traveling teams will play an exhibition game against local opposition as a highlight of each visit, which includes exploring cultural places of interest and holding clinics for local American football enthusiasts.

The 2017 group of schools have toured overseas a combined 18 times with Global Football since 1997.  NCAA rules allow teams to travel once every three years.  John Carroll University has traveled with Global Football seven times previously: Spain 1997, Italy 2001, Ireland 2004, Switzerland 2007, France 2010, Ireland 2012, Greece & Italy 2014).  Illinois Wesleyan will travel for a fifth time having been to Italy 2000, France 2005, the Czech Republic & Austria 2009, Finland & Sweden 2013.  Rose-Hulman has traveled with Global Football on three occasions to England & France 2002, Italy 2008, the Czech Republic & Austria 2011.  Claremont-Mudd-Scripps has taken two previous overseas trips to Ireland in 2007 and Spain in 2014, while Benedictine College visited France in 2009 and Southwestern University went to Germany in 2014.  Only the University of Puget Sound is traveling for the first time with Global Football.

Southwestern University to Italy from May 15-26.  Opponent: Aquile Ferrara

Southwestern’s football program, which returned just four years ago, will join the American Southwest Conference next season having produced a perfect 6-0 record in Southern Collegiate Athletic Conference play in 2016.

Head coach Joe Austin is a regular traveler with Global Football, having served as a member of the Team Stars & Stripes coaching staff for the annual Tazon de Estrellas game played in Mexico each December.

“International travel and international competitions are one of the most exciting opportunities for football players at Southwestern University,” said coach Austin.  “For more than a decade I have personally relied on Global Football to coordinate these opportunities and I am very excited to be taking our team to Italy this spring.”

When in Rome, the Pirates will see the Colosseum, ancient Rome, take a Spanish Steps and Trevi Fountain walking tour, and visit the Vatican Museum, Sistine Chapel and St. Peter’s Basilica.  They will travel on via Sienna to tour Florence and then on to Fiesole in the Tuscan Hills.

A visit to the Ferrari Museum in Maranello will be followed by game day on Sunday, May 21 at 4pm local time / 10am CT against Ferrara Aquile.  The group will also take in Lido di Jesolo and a guided walking tour of Venice and visits to Milan and the breathtaking Lake Como.

University of Puget Sound Loggers to China from May 15-23.  Opponent: Shanghai Titans

The Loggers ended the 2016 season with a 3-6 record under head coach Jeff Thomas, who led the Puget Sound to one of their most successful seasons since the turn of the century in 2015 with a 6-3 record, and third place in the Northwest Concerence at 5-2.

Thomas has a long history with Global Football stretching back to 2002 when as a senior at University of Redlands, he played at defensive back for the NCAA Division III Select Team against Mexico in the annual Global Football-organized Aztec Bowl, which is now known as the Tazon de Estrellas.

“Puget Sound football prioritizes the complete student-athlete experience,” said coach Thomas.  “This once-in-a-career opportunity provides an academic, athletic, and cultural education that will be cherished for years to come.  We pride ourselves in representing the university always and in all ways, and we look forward to doing so in China.”

The Shanghai Titans have been in existence for three years in the American Football League of China.  They recently won the 2017 AFLC Championship and they are known as a team with a good following and a good team culture.  The teams will meet on Sunday, May 21 at 2pm local time / 11pm CT May 20.

While in China, the group will visit Tiananmen Square and the Forbidden City while in Beijing, the Great Wall of China, the Beijing Olympics Bird’s Nest Stadium and the Ming Tombs on the Sacred Way.  They will take part in a Taiji lesson and watch a Kung Fu show and traditional Chinese tea ceremony.

Having taken the almost five-hour train journey to Shanghai, the Loggers will go on a Huangpu River cruise, and visit the Yu Yuan Garden and Jin Mao Tower.

Under head coach Kyle Sweeney, the Stags finished their second consecutive season at 7-2 overall in 2016 and placed second in the Southern California Intercollegiate Athletic Conference at 5-2. The team had its first 4-0 start since 2010. The CMS defense led the conference for the second year in a row in yards allowed per game at 322.9 at just 97.4 rushing yards per game. CMS also topped the conference with 211 yards from punt returns.

“We are looking forward to our trip to Ireland and Scotland and experiencing the rich cultural history in both places,” said Stags head coach Kyle Sweeney.  “The opportunity to travel as a team and explore a part of the word with so much history will be a once in a lifetime experience.  Each time we talk about it with our team, the excitement level gets higher and everyone has something different that they are looking most forward to.

“The East Kilbride Pirates have a rich tradition of playing American football and have impressed us with their skill and dedication to the game.  We are looking forward to meeting their players and coaches.  It should be a great game.”

The Pirates welcome a visiting NCAA D-III team to East Kilbride for the third year in a row, having worked with Global Football to host North Central College (IL) in 2016 and Hanover College (IN) in 2015.  The Pirates are one of the premier teams in the United Kingdom and have won their latest two games of the season against the Sheffield Giants and local rival the Edinburgh Wolves.

“This game is one of the highlights of our season,” said Pirates coach Ross Templeton.  “The chance to test ourselves against a team from the U.S. is a great challenge, and allows our team gain a lot of experience and take a step forward in our play.  I expect this to be a big challenge for our team, as it forces us to try and raise our game – which can really help us for the rest of our season.”

The game will kick off on Saturday, May 20 at 2pm local time / 6am PST at the West of Scotland Football Club in Milngavie.

While in Ireland, the Stags will visit the spectacular Cliffs of Moher, Galway, the capital city Dublin, Croke Park and the Gaelic Athletic Association Museum, and the Guinness Storehouse.  They will take the Superfast Ferry from Belfast in Northern Ireland to Scotland and will visit both Glasgow and Edinburgh, seeing the William Wallace Monument, Stirling Castle and Edinburgh Castle.