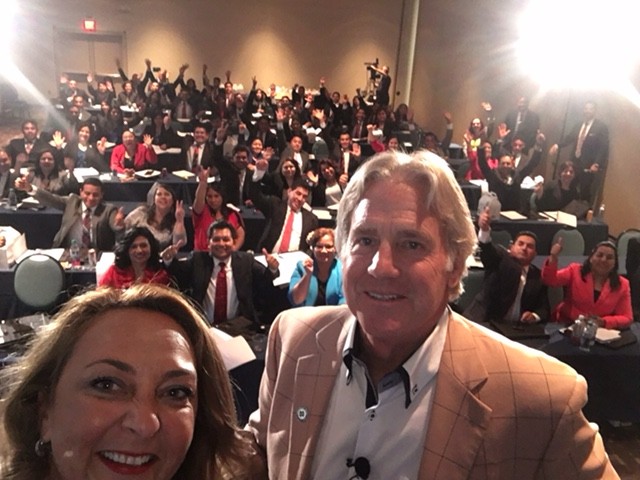 The Hispanic group from all over the Southeastern United States listened to the former University of Notre Dame quarterback break new ground, as his two-hour speech and question and answers session was the first time an Amway-AFCA USA Today Coaches Poll Partnership leadership group has been addressed in Spanish.

“How inspiring it was to spend an evening with the Maldonado Group of Amway IBO’S in Birmingham,” said Steenberge.  “These are highly-motivated leaders eager to improve their skill sets, and I was honored to speak with them in their first language of Spanish. The AFCA and Amway are truly ideal partners and I thank Gary Darnell for inviting me to speak.”

Patrick’s message of commitment, teamwork and a positive attitude was enthusiastically received, and he has been invited to present again on June 3, when the Amway group will be addressed via Skype from Munich, Germany, where Global Football will be hosting the Rose Hulman Institute of Technology football team spring tour.