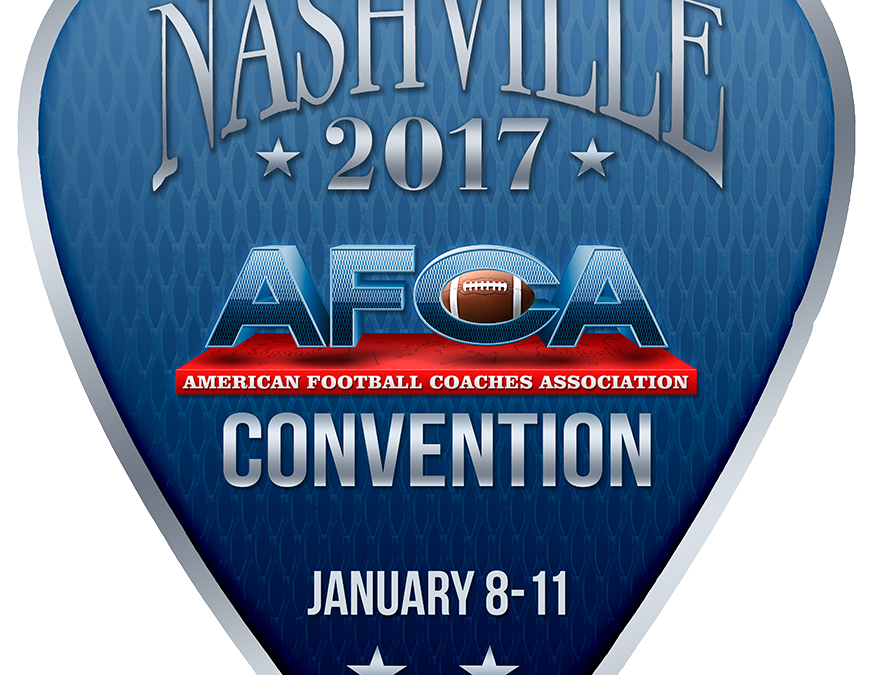 For the 19th year in succession, Global Football will feature prominently and engage with football coaches from around the world at the annual American Football Coaches Association (AFCA) Convention.

The Gaylord Opryland Resort & Convention Center in Nashville, TN, hosts the 94th annual AFCA showpiece event from January 8-11 and Global Football President Patrick Steenberge will be available to meet coaches and visitors to the Convention at Booth 304-306 in the exhibit hall.

Since 1996, only Global Football has consistently provided amateur football players, coaches, families and fans the opportunity to travel and compete internationally with people of differing cultures, producing games and tours in 25 countries on 6 continents. More than 350 teams and 15,000 curious travelers have encountered a positive life-changing experience, while enjoying the ultimate team-building opportunity.

“The AFCA Convention is always the ideal spot to kick off the New Year, as it is the epicenter of football each January,” said Steenberge. “I look forward to seeing many old friends and clients with whom we have shared amazing experiences. Plus, it will be fun to meet new coaches who have dreamed of playing overseas, and are now ready to make this a reality for their players and staff. In addition, many of our international partners will be there so we can plan new events.”

The AFCA Convention provides an opportunity for coaches considering taking teams overseas a chance to talk with Patrick Steenberge and with Leo Jenkins, who coordinates European operations, and Sheldon Baxter of Anthony Travel, who handle flights and ticketing.

Also available to talk to coaches at the Global Football booth will be Indianapolis Colts first round NFL Draft pick Bjoern Werner and his high school coach Chris Adamson, whose Gridiron Imports organization is helping American Football players from around the world find a High School or College in the United States.

Global Football will travel to China for the first time in 2017, with a high-school select ‘Team Stars & Stripes’ squad coached by Chris Adamson (Viewpoint School, CA) and Bill Gallagher (Penn Charter, PA) in April, and then with the University of Puget Sound in May.