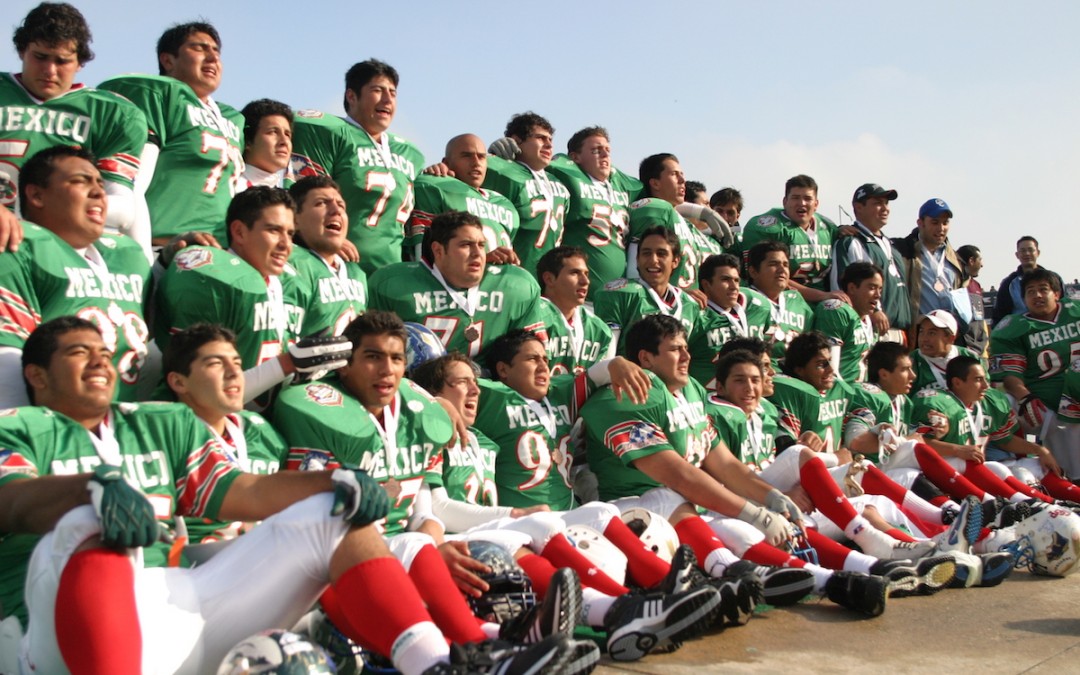 When the focus of the National Football League is on Mexico in November, Global Football will hold a day-long American Football fiesta, when the Global Youth Ambassadors Bowl is played in the Mexico City suburb of Toluca.

The Bufalos American Football Club of Toluca will host a series of games on Saturday, November 18, between youth teams from the United States and Mexico in both the traditional tackle 11v11, as well as the 7-on-7 format. The players will range from 3rd to 8th graders, and all youth leagues and teams across the United States are invited to organize regular season or select squads, which will be matched with similar age teams from Mexico.

The following day, the reigning Super Bowl champion New England Patriots will take on the Oakland Raiders at the nearby Estadio Azteca, which all the youth travelers, their coaches and families will attend. Tickets for the Patriots vs. Raiders are likely to have the highest demand of any for the NFL regular season. The 2016 Raiders vs. Texans game in Mexico sold out within 30 minutes of going on sale to the public.

The youth players who participate in the visit from November 16 to 20 will have a unique educational opportunity to experience some of the region’s outstanding historical sites, and share a special day with the Mexican student athletes. They will enjoy the recently opened Mexican American Football Hall of Fame in Toluca, tour the majestic Aztec Ruins of Teotihuacan and Our Lady of Guadalupe Shrine, and visit the historic National Cathedral, Xochimilco, Coyoacan and Avenida Reforma in Mexico City.

“While we traditionally work with high school and college student athletes and coaches, the youth events we produce are most rewarding as we are developing young ambassadors who learn firsthand about a foreign land like Mexico.” said Global Football President & Founder Patrick Steenberge, who last weekend was involved in the nation’s Hall of Fame opening ceremonies. “Having the chance to play against similar youth teams from Mexico, share a daylong fiesta with them, and then attend the huge NFL game will be simply amazing. Couple that with the educational tours, and this will be a totally life-enhancing experience.”

Global Football is inviting youth teams in the United States to join those already heading to Mexico from November 16-20 to participate in the Global Youth Ambassadors Bowl & Tour. Team spots are limited due to demand for the NFL game tickets and available Ambassador Bowl games. League Directors and Coaches should contact Patrick Steenberge for more information: 817-219-7274 / Patrick@GlobalFootball.com.