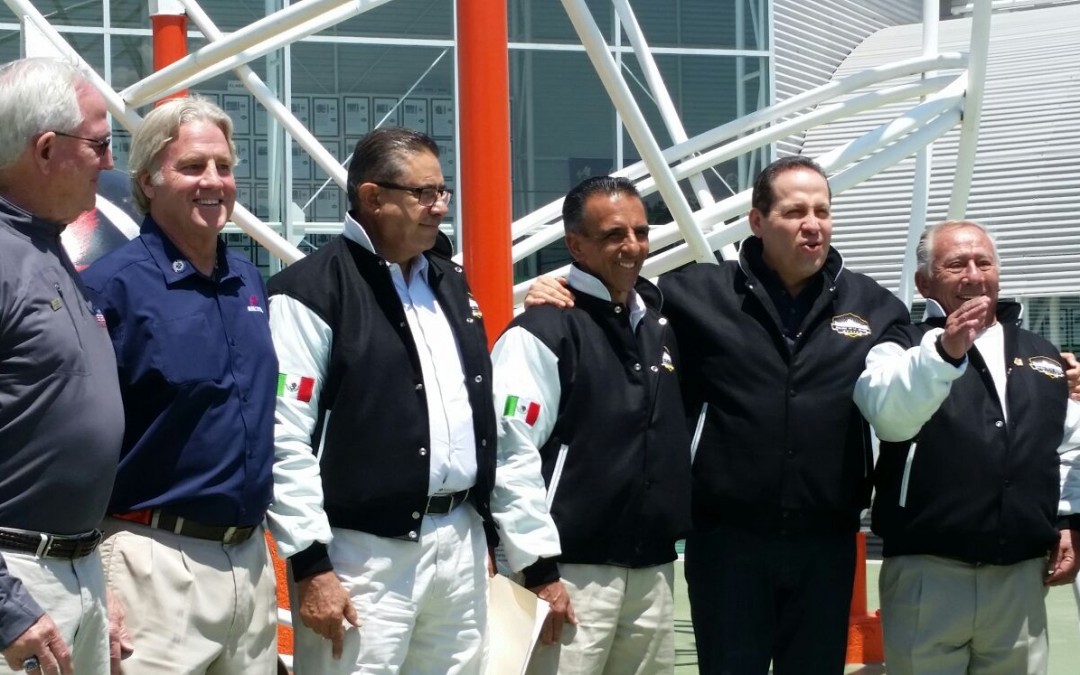 Global Football President and Founder Patrick Steenberge was among the guests present at the Mexican American Football Hall of Fame, which was officially opened by Governor of the State of Mexico Eruviel Avila Velegas in Toluca on Saturday.

The sport has been played for more than 100 years in Mexico and now has a home to display some of the historic mementos and artifacts of that rich history.

“Opening the Mexican American football Hall of Fame with all who have made the sport there a success was one of my most proud and memorable days,” said Steenberge.  “Felicidades!  Global Football gives a special thanks to Dwight Thomas for volunteering his time and adding his support.”

Thomas, who was Pro Hall of Fame running back Emmitt Smith’s high school coach, and has worked at multiple events with Global Football, attended as a guest of the Salon de la Fama.  Dwight also brought along a personal letter from Emmitt to the Hall of Fame, which attracted wide attention from the attendees.

The Hall includes many exhibitions, which pay tribute to such famous Mexican players as Alberto ‘Chivo’ Cordova, Leonardo Lino, Fernando ‘Cacaro’ Mendiola, Carlos Yapur, Joaquin Castillo and many others.  Patrick Steenberge is also immortalized in the Hall.  Global Football has established a proud tradition of taking teams south of the border to enjoy all that Mexico has to offer, and this December will take a NCAA Division III select team to Mexico for a week for a 20th time, to serve in the local community and play in the annual Tazon de Estrellas.

“It is a very special day for the sport in the country, the State of Mexico and Toluca to be witnesses to this Hall of Fame,” said Governor of the State of Mexico Eruviel Avila Velegas.  “It is truly an honor for the State, and I would like to congratulate all those who participated in the realization of this project, which is a great achievement.

During the ceremony he was accompanied by Eduardo Gasca, Secretary of culture in the State; Fernando Zamora, Mayor of Toluca; María Elena Barrera,
Senator of the Republic; Sergio Baz and Alejandro Morales, Presidents of the Hall of the fame Toluca and
Mexico respectively, as well as former players who have made history in the sport.

Arturo Alonso, one of the new members to the Hall of Fame, expressed its delight at becoming part of history.

“It is very gratifying for me to be one of the members,” said the former player of Pumas of the UNAM.  “We are very eager to promote this sport because it goes hand in hand with academic life.  If you are a student, you can play American football.”