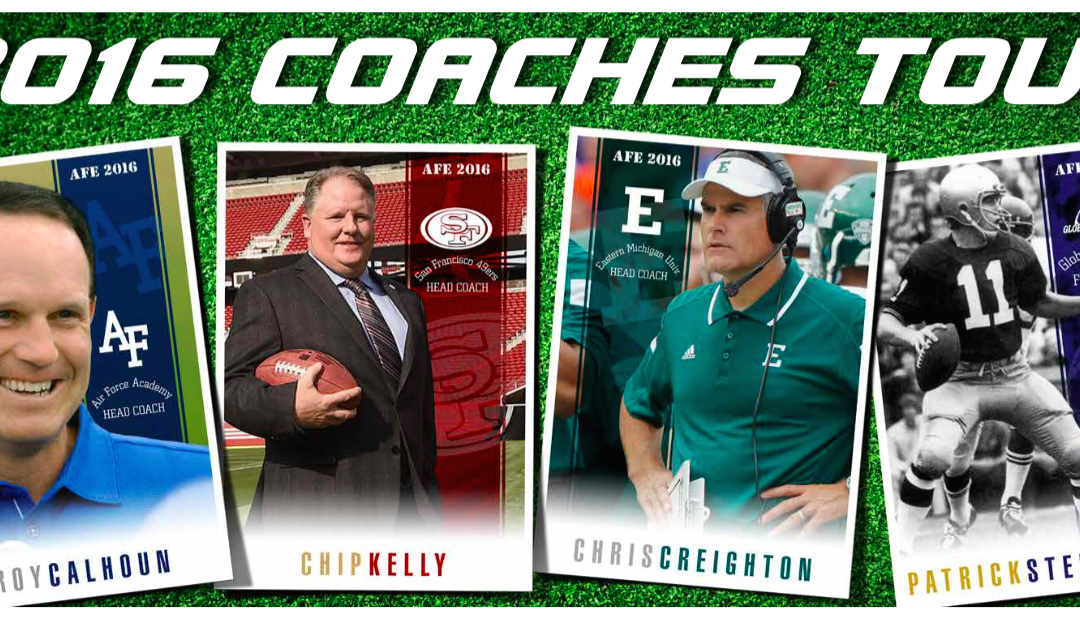 The group will depart from Dobbins Air Reserve Base in Marietta, GA, and follow an aggressive schedule, visiting troops stationed in various countries throughout Europe and the Middle East. The coaches are expected to return to the United States a week after departure.

“Of all the events I have been fortunate to manage and be a part of during the past 20 years, this MAP Coaches Tour has to be the most gratifying,” said Steenberge, a former University of Notre Dame quarterback. “The active military men and women we are visiting in faraway bases are dedicating the best years of their lives in defense of our country so that we can all enjoy the freedom to coach, organize, play and enjoy the great sport of football.

“This visit is just a small way to say thank you, and I am proud to share this journey and experience with notable coaches like Chip Kelly, Troy Calhoun and longtime Global Football travel partner Chris Creighton.” 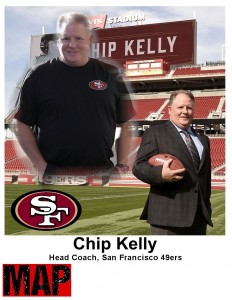 Chip Kelly, the new San Francisco 49ers head coach has traveled with MAP before and said: “I get more out of the trip than I give. It is an honor to visit our service men and women.” The 49ers have donated a generous supply of t-shirts, hats, and other clothing for distribution on the tour.

Mike Whalen, also a Notre Dame alumnus and president of Military Appreciation Partnerships (MAP) said MAP looks for the personality, charisma, and stamina required to interact with some 10,000 to 15,000 troops during the course of a week. The program will include flag football games; autograph, photo, and Q&A sessions with the troops and visits to military hospitals. Former Congressman Jim Marshall, a U.S. Army veteran in the Ranger Hall of Fame, and former Assistant Secretary of the Air Force, the Honorable Bill Anderson will moderate the Q&A with the troops.

Patrick Steenberge is a former quarterback who played at the University of Notre Dame. He is currently the owner and operator of Global Football, which organizes competitive events for amateur athletes worldwide, allowing them the chance to experience the Global Classroom and play in the Global Stadium. During the past two decades, Global Football has been the largest exporter of American football, having produced games and events in 23 countries on 6 continents since 1996.