Pirates, Loggers and Stags Win In Italy, China and Scotland 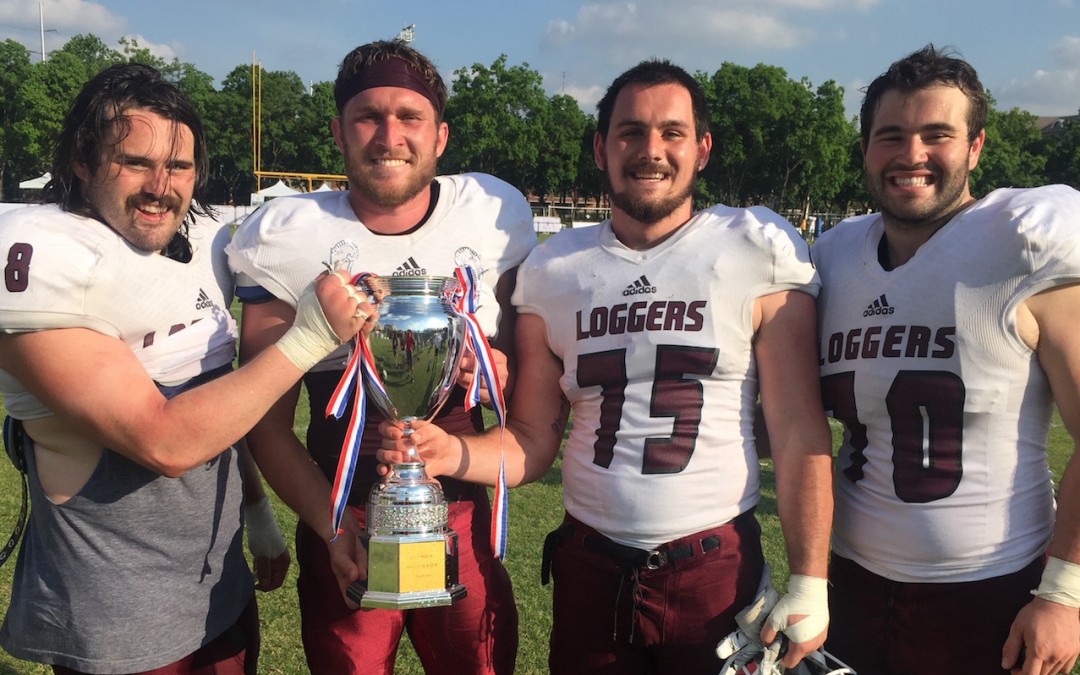 The games highlighted week to 10-day overseas visits that include cultural and historical sightseeing, spring practices and clinics to help further develop the game in Europe and Asia. Each of the American teams went into the exhibition games expecting to win against opponents eager to test themselves against high-quality visiting opposition, with the score being less important than the teaching and learning aspect of the scrimmages.

Southwestern University (TX) played Aquile Ferrara of the Italian Football League in Italy, the University of Puget Sound (WA) faced the Shanghai Titans in China, and Claremont-Mudd-Scripps took on the East Kilbride Pirates in Scotland.

A Chris Demny pass to Nik Kelly for a 60-yard strike was a spectacular way to open Southwestern University’s 94-point win over Aquile Ferrara of the Italian Football League and was quickly followed by two more touchdowns in as many plays. Craig Heiser to Tate Schorr for 40 yards made the score 14-0 then Kelly produced a pick-six for a 21-point advantage. Dylan Wilburn runs from 18 and 8-yards out completed the first quarter scoring.

Tate Schorr returned an interception 47 yards for a touchdown, Demny reeled off a 43-yard scoring run, and a 19-yard fumble return for a touchdown for Tanner Rogers made it 56-0 at halftime.

A 35-yard pick six for Keyshaan Castle less than a minute into the third quarter was followed by a 28-yard TD pass from AJ Daniels to Landry Bray, a 10-yard scoring run by Demny and a 3-yard end zone reception by Daniels from Heiser. Two 23-yard Hayden Smith rushing touchdowns in the fourth quarter completed the scoring for the Pirates.

University of Puget Sound Loggers to China from May 15-23. Opponent: Shanghai Titans

Global Football’s second venture into China this year marked the 28th different nation visited by the Texas-based organization that this year will take a total of seven NCAA and NAIA schools overseas for the experience of a lifetime.

The CMS Stags beat Scottish club team the East Kilbride Pirates 73-6 during a fantastic afternoon of football, which was a great learning experience for the hosts.

The Stags led 32-0 after the first quarter then after a series of big gains on passing plays, Geno Quaid ran the ball into end zone for another six points. Victor Bunch picked off a Neil Baptie pass for a touchdown,
then Quaid scampered down the sideline for another score before the Pirates put points on the board before halftime.

Baptie connected with Stephen McCluskey for a first down with 1.16 left in the first half then kept the ball to rush into the end zone for the persistent hosts. Brenden Brown scored the final two Stags touchdowns to complete the scoring.