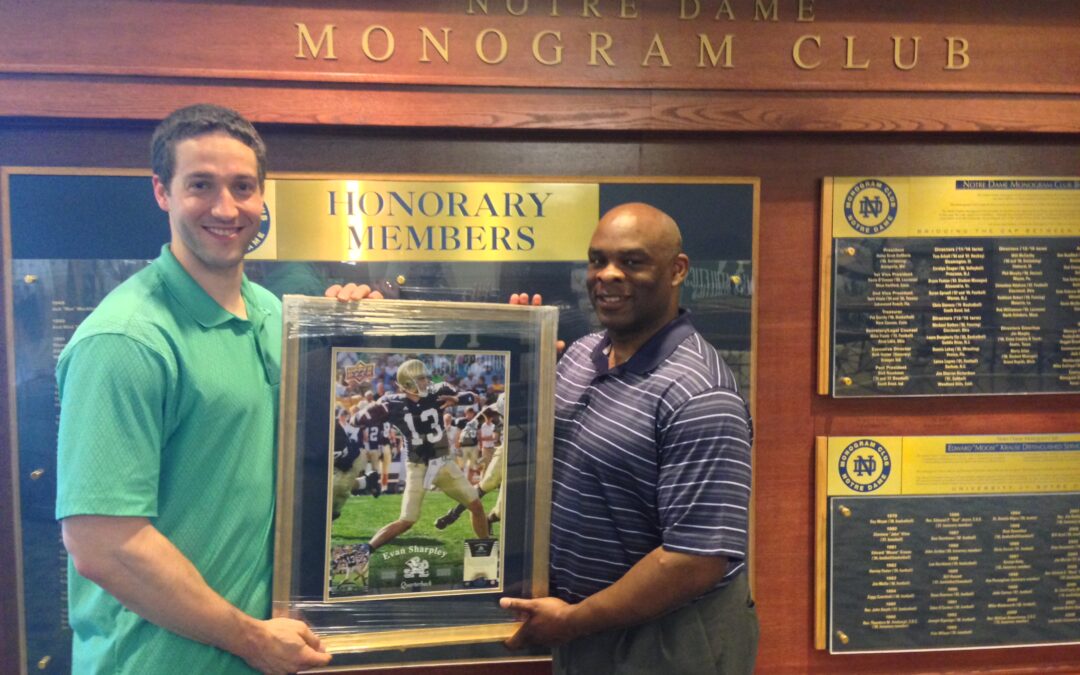 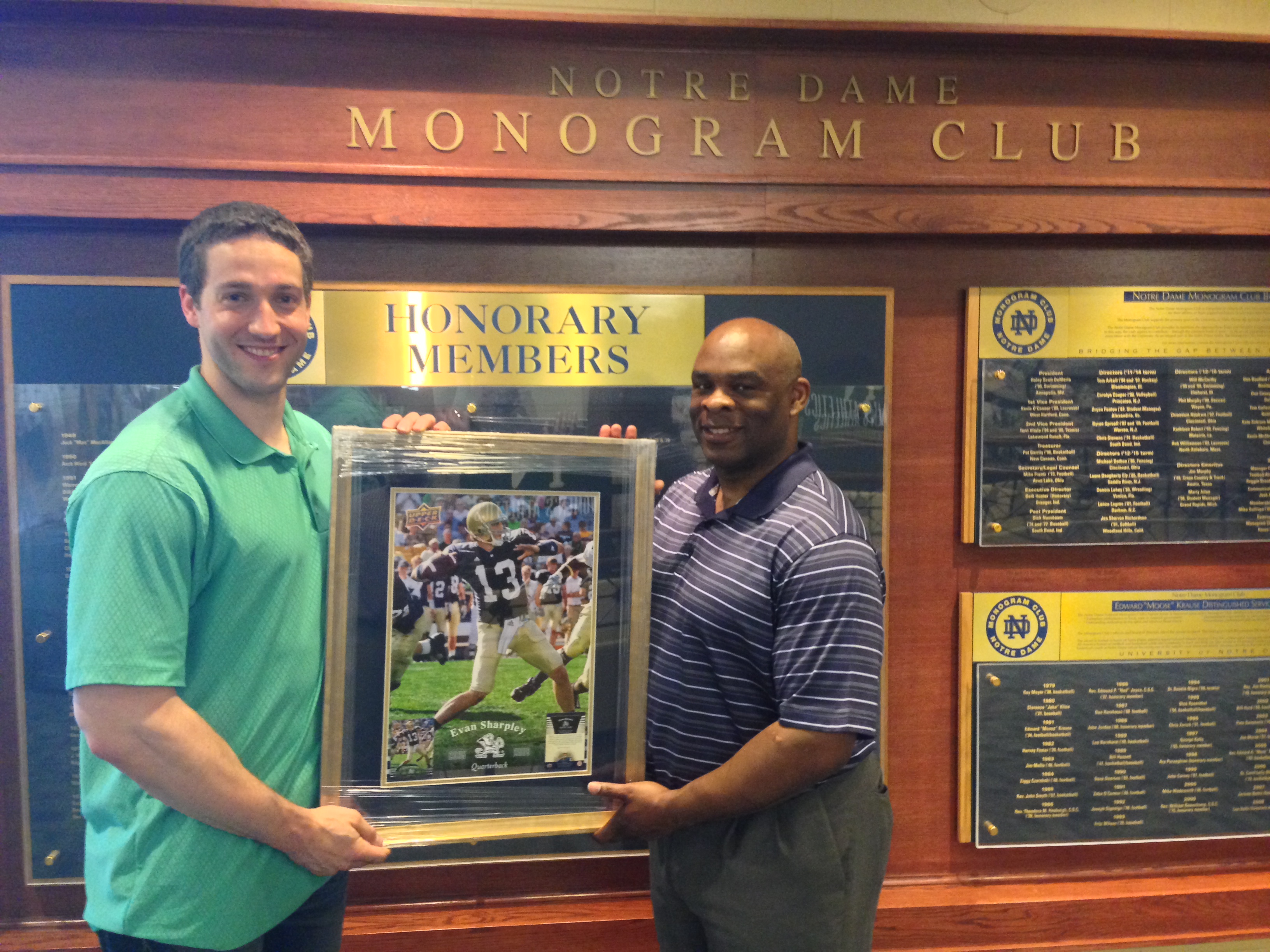 Patrick Steenberge and Evan Sharpley were destined to meet.

Both played quarterback at the University of Notre Dame, both craved more playing time with the Irish than their college careers provided and both have remained within sports, chasing a passion rather than a more mainstream career path.

Steenberge played behind Joe Theismann as the 1970s began, while Sharpley (pictured with Reggie Brooks) waited for his opportunity at South Bend between 2006 and 2009 while Brady Quinn and Jimmy Clausen took the starting spotlight.  Each had the chance to start two games for the Irish, games they remember vividly.

Their paths crossed intermittently in the years leading up to 2015, which was when Steenberge invited Sharpley to join the coaching staff of Team Stars & Stripes, a select team of high school student-athletes who travel overseas annually with Global Football. That visit to Italy makes Evan Sharpley the focus of this week’s Global Football alumni feature, which takes a look back at teams and individuals who have played their part in the organization’s 20-year history.

“Patrick was a guest on our pregame show, which I present for four hours, featuring former players and I asked him off-air how I might be able to get involved with Global Football. The next thing I know, I’m in Italy, which was just an awesome experience, particularly for the families and players who went.”

The former Irish signal-caller recruited four players from Indiana and California for the Team Stars & Stripes roster to head overseas, where they enjoyed a memorable tour that took in Florence, Rome and Siena. The visit concluded with a football game against an Italian all-star team organized by the Lazio Marines.

“I didn’t know what to expect,” added Sharpley. “I’d been to Japan on an exchange playing baseball, so was familiar with a different culture, but taking players over there was different.

“I was more impressed with the educational side of things, as much as anything. It was such a neat experience to mesh culture with athletics. American football is a third or fourth choice sport for those who play it over there, so our players became coaches themselves when mixed with the Italian kids, even though they’re only high school players. It was very apparent, the disconnect in terms of skill level, but I was proud of our athletes taking the time to teach the Italian kids.”

Sharpley will return under Team Stars & Stripes head coach Bill Gallagher in 2016 as the select team travels to Europe, and is again recruiting suitable candidates for the roster.

“We’re looking for high-character kids who will represent their high school and the program and the United States in a great manner. It can be tough at times to find kids with that kind of character, but last year we found plenty that embodied those things.”

Following a spell in the Seattle Mariners farm system, the two-sport college athlete formed Sharpley Training along with his wife Jackie in Elkhart, Indiana, working with everyone from school-aged athletes to parents and businessmen. He doubles as an analyst for NotreDame.247sports.com and like Steenberge, has utilized the football connections made at the University of Notre Dame.

“It’s good fun balancing those things, which are both a great passion of mine. Neither was really on my radar until I stopped playing professional sports and it’s been a nice transition. Being on the opposite end of the media from when I was playing is intriguing.

“I’m sure Patrick feels the same way having followed his passion, but I often don’t feel like I’m working.”